Its members vote tonight, Sunday, Dec. 15, on whether to ratify that decision.

But one legal academic will use Internal Revenue Service regulations in an effort to hamper anti-Israel activity.

William A. Jacobson is a clinical professor at Cornell Law School.  He announced Sunday evening on his popular blog, Legal Insurrection, that if the ASA votes in favor of the boycott, he will challenge the ASA’s tax exempt status (I.R.C. § 501 (c)(3)).

His challenge has real teeth.

Jacobson logically points out that such a boycott would violate two essential legal standards of the ASA’s tax exempt status.

First, the ASA’s legal purpose as defined in its bylaws – an essential element in the application for an organization’s tax exempt status application – does not include an academic boycott of Israeli universities. According to the ASA’s mission statement, it is “devoted to the interdisciplinary study of American culture and history.” Nothing about instituting boycotts of foreign universities there.

Second, an academic boycott of Israeli universities by the ASA exceeds the bounds of permissible activity under the §501(c)(3) requirements. Under this regulation, an exempt organization must be “organized and operated exclusively for religious, charitable,…or educational purposes…”  An academic boycott of Israeli universities is beyond the scope of that legal boundary as well.

Jacobson also points to statements made by ASA members opposing the boycott which provide additional legal challenges to the ASA if the ASA boycott of Israel is ratified. For example, such a boycott may violate the New York State Human Rights Law as well as other anti-discrimination statutes. As the ASA opponents wrote:

In no other context does the ASA discriminate on the basis of national origin—and for good reason. This is discrimination pure and simple. Worse, it is also discrimination that inevitably diminishes the pursuit of knowledge, by discarding knowledge simply because it is produced by a certain group of people.

Jacobson told The Jewish Press Sunday evening that if the ASA ratifies the boycott resolution, his challenge to the tax exempt status of the ASA will be filed with the IRS in Washington, D.C. under the IRS Whistleblower Act, 26 U.S.C. § 7623. The Cornell professor has already engaged the services of an expert in the laws governing non-profit organizations to represent him in this legal challenge.

A final very important point: Jacobson makes clear his challenge has nothing to do with an infringement on the free speech rights of anyone or any organization.  His challenge, instead, is simply an effort to ensure that if the ASA chooses to act beyond the bounds of what is permitted for tax exempt organizations, it cannot expect to continue to benefit from tax exempt status.

UPDATE: Sunday evening, Dec. 15, the American Studies Association voted to ratify the boycott of Israeli universities. As Jacobson noted, although the vote was 2/3s in favor, 1/3 opposed, only one-quarter of the total ASA membership voted.  In other words, just 16 percent of American Studies professors in the official professional organization voted to boycott Israeli universities, but that boycott is now in effect.

EFFECT OF THE BOYCOTT

The position of the ASA seems to be that the boycott shall remain in effect until, in their view, the Israeli “occupation” ends and equal rights are extended to Palestinian Arabs.

Professor Jacobson told The Jewish Press he will file his challenge to the ASA very soon, either later this week or next week. 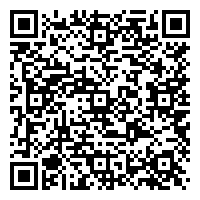