If you are still curious about the positions of the leading Democrat and Republican on Israel — and who isn’t — you’ll get your answers at the American Israel Public Affairs Committee annual conference taking place March 20-22 in Washington, D.C. Hillary Clinton and Donald Trump are now scheduled to address the conference, but it is not yet known on which specific day, and who will go first.

AIPAC has extended invitations to all the active presidential candidates of both parties, and noted in an email that announced Hillary’s confirmation: “We will inform you as others confirm their participation in this year’s conference.”


Bernie Sanders’ website, FellTheBern.org offers a few policy points on the Senator’s position on Israel: “Bernie is Jewish, but he does not favor Israel over the Palestinians, nor does he otherwise let his religion influence his positions regarding the conflict. … Bernie believes that Israel and the Palestinians can, and should, peacefully co-exist, and that Palestinians should have a country of their own.”

On Netanyahu and Iran, the website states: “Bernie is not a big supporter of Israeli prime minister Benjamin Netanyahu, and believes that diplomacy, not military action or economic sanctions, can keep Israel safe from Iran.”

While Hillary will probably have nothing new to say about her Israel policy — which is likely to be Obama light — the world will tune in to hear Trump, who may or may not stick to positions he expressed in the past on the topic. And to date no one knows for sure if he praised or insulted Jews everywhere when he told the Republican Jewish Coalition, “Some of us renegotiate deals… is there anybody that doesn’t renegotiate deals in this room? Perhaps more than any room I’ve ever spoken to.”

He then said, “I am a negotiator like you folks, and maybe better than any audience, the people in this room understand what I’m saying.”

On Thursday night Trump said on CNN’s Republican debate, “There’s nobody on this stage that’s more pro-Israel than I am,” and called the Israeli-Arab peace negotiations “the toughest deal, the toughest negotiation there probably is of any kind, no matter where you look, no matter how hard you look. But I would like to give it a shot.”

Clinton’s notes on Israel are necessarily more personal. In her book, Hard Choices, she wrote about her work with Israeli Prime Minister Benjamin Netanyahu as Secretary of State saying, “Despite our policy differences, Netanyahu and I worked together as partners and friends… But even when we disagreed, we maintained an unshakable commitment to the alliance between our countries.”

As to the other Democratic candidate in this year’s run, an online petition has been started urging Bernie Sanders to reject his invitation to speak at the AIPAC conference. Pink Floyd’s bassist Roger Waters, an early supporter of Sanders, added his name to the petition.

Max Blumenthal, the son of Hillary’s vehemently, even viciously anti-Israeli adviser Sidney Blumenthal, wrote: “AIPAC has invited Bernie Sanders to participate in its 2016 Policy Conference in Washington DC. Voice your support for justice and equality in Israel-Palestine and urge Bernie to reject this invitation. … With his promise to seek a ‘level playing field’ on Israel-Palestine, Bernie does not belong on the same stage as these figures. Urge him to reject AIPAC’s invitation and support justice in the Holy Land.” 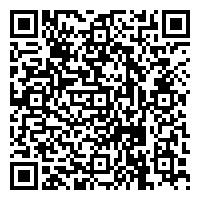