Dear Daniel, Rachel and other members of the NIF Board,

As the NIF board meets in Israel, I am writing to you regarding NIF grantee Adalah’s participation in an Israeli Apartheid Week event next Tuesday, February 14, in Switzerland (http://www.urgencepalestine.ch/doc/BDS_conference_14fevrier2012.pdf ).

Suhad Bishara, Director of Adalah’s Land and Planning Rights Unit, is scheduled to speak on “The policy of Apartheid in Israel: The new racist laws.” The event is being hosted by a Swiss group named “BDS Geneva.”

Simultaneously, Adalah’s submission to the UN Committee on the Elimination of Racial Discrimination (CERD), which is meeting in Geneva next week to discuss Israel, demonizes Israel for laws and policies that allegedly “permit and even actively promote racial discrimination.”

I bring the event and submission to your attention because they constitute a direct violation of NIF funding guidelines and other principles. They are also central components of Adalah’s ongoing campaign, rooted in its 2007 “Democratic Constitution,” to eliminate the Jewish character of Israel and undermine Jewish sovereignty.

I call upon you and the board to immediately and publicly condemn and disassociate NIF from Adalah’s campaign. I reiterate the longstanding call that the NIF act responsibly and end all support for anti-Israel and anti-Zionist projects and organizations.

I look forward to your response and to discussing these issues with you in a constructive, in-depth manner.

A Golden Opportunity to Develop the West Bank Communities 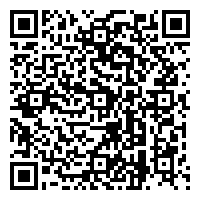