For more than two years, Israeli drones— unmarked, helicopters and jets have conducted more than 100 airstrikes against jihadists in the northern Sinai, with the approval of the Egyptian government, the NY Times reported Saturday.

The Israeli intervention is helping the Egyptians gain the upper hand in what has been a five-year campaign in which the Islamist insurgency has proven more nimble and effective than Egyptian police and army troops stationed in the Sinai.

Israel views the airstrikes as vital to maintaining the integrity of its southern border with Egypt and the prevention of rocket attacks from the Sinai at its civilian population.

The Times also quoted US and UK officials who that say while Israeli airstrikes are playing a “decisive role” in helping the Egyptian military armed forces’ effort to defeat the insurgency, the new Egyptian dependence on Israel to maintain the integrity of their borders is diminishing Egypt’s role in the Middle East peace negotiations.

Israel, for its part, is trying to help Egypt save face by sending in unmarked drones to fire on the jihadists in the northern part of the peninsula, and its choppers and jets with their insignia covered fly in from the west, as if they had taken off from across the Suez canal.

President Abdel Fattah el-Sisi is also invested in an effort to hide the fact that he depends on Israeli airstrikes, declaring northern Sinai a closed military zone, barring media access.

The Sinai insurgency initially consisted of local Bedouin tribesmen, who exploited the chaotic situation in Egypt to launch a series of attacks on government forces in Sinai. In 2014, elements of the Ansar Bait al-Maqdis terror group pledged allegiance to ISIS and established ties with ISIS affiliates in Libya.

Since the start of the conflict, dozens of civilians were killed either in military operations or kidnapped and then beheaded by militants. In November 2017, more than 300 Sufist worshippers were killed and more than 100 injured in an attack on a mosque west of the city of Al-Arish.

On July 1, 2015, the insurgents captured the north Sinai town of Sheikh Zuwaid, and retreated only after Egyptian jets and helicopters struck the town. In retaliation, in late October 2015, the insurgents shot down a Russian charter jet, killing all 224 people on board.

It was then in late 2015, that Israel began its airstrikes, according to American officials speaking to the Times, at a rate of at least one per week, which have proven to be effective in eliminating a long roster of terrorist leaders. 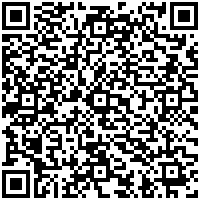