The report claims the anti-aircraft system was run by Hezbollah, and was located in the Daraa region, in southern Syria, 13 kilometers from the border with Jordan. The Russian made Pantsir-S1 was reportedly hit by a rocket launched from the Israeli side of the Golan Heights.

Last week, pro-Assad (Hezbollah) forces claimed that the Pantsir-S1 was being positioned on the Golan Heights to stop Israeli air strikes on Iranian forces and repair the destruction of Syria’s air defenses. This was considered crucial ahead of Assad’s upcoming planned attack on the Syrian rebels who are located along the borders of Jordan and Israel.

Iran and Hezbollah have been donning Syrian uniforms in order to stay active in Syria’s southern front.

Syrian Rebel media outlets are reporting the attack. As of now, there are no mainstream (Western) news sources, that have confirmed the Al Arabiya report. We will update the report as new information emerges, with confirmation on its reliability. 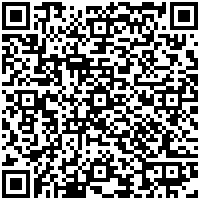