NGO Monitor, an organization seeking to promote accountability and transparency of NGOs dealing with the Israeli-Palestinian conflict, is providing the public with an online database displaying the amount of foreign support for 27 Israeli NGOs, from 2012 to 2014.

“The information in this database is crucial for the advancement of democratic transparency and accountability,” said President of NGO Monitor, Professor Gerald Steinberg.

In light of an already high level of awareness among the Israeli public to the phenomenon of foreign governments financially supporting and influencing a number of Israeli NGOs, NGO Monitor aims to shed some more light on the subject.

“From NGO Monitor’s perspective, the past few weeks have shown that people in Israel at all levels are extremely interested in understanding how the NGO infrastructure works and who is behind some of their activities,” said Aaron Kalman, NGO Monitor’s foreign media relations adviser, to Tazpit Press Service (TPS).

“We believe that allowing people to see the information including the numbers and the facts firsthand will enable them to make an informed decision and hopefully lead this discussion to a more productive outcome,” Kalman explained to TPS.

“Overall, it’s a lot of money and one of the reasons we’re putting this tool out there is to let people make up their minds on their own,” Kalman said to TPS.

There are 21 governmental and intergovernmental entities that financially support the Israeli NGOs among which include the European Union (EU). Donations from the EU and individual European governments comprise a significant percentage of the donations provided to the 27 Israeli NGOs, with the EU donating at least NIS 28 million.

Of noteworthy attention are the Israeli NGOs receiving almost all of their donations from foreign governments.

“This begs the question of how many strings are attached to the donations and do the donors actually play a role in deciding what gets done,” Kalman added to TPS.

Kalman emphasized that NGO Monitor’s overall goal in making the report available to the public was to provide the public with factual figures.

“I hope that everyone finds this database useful and that this conversation centers on the facts and not just on repeated rumors and disinformation,” Kalman told TPS. 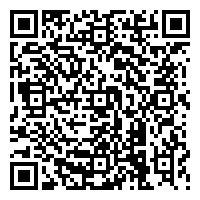