The rabbi contracted COVID-19 earlier this month for the second time this year, and was admitted to the hospital’s intensive care unit as his condition began to deteriorate.

“The crown has fallen from our heads,” Yeshiva Or Etzion yeshiva wrote in a grief-stricken statement, saying the yeshiva “bitterly mourns our great loss.”

“The Rosh Yeshiva taught and led our yeshiva for more than six decades. He was an elder of the Religious Zionist rabbis, and head of the Bnei Akiva yeshivas, where he trained many students.”

“May God comfort the bereaved family and us all, continuing to follow his path, building the Torah and the Land, and in the growth of the People of Israel in their Land. With bitter grief.”

Rabbi Druckman, born November 15, 1932, was a recipient of the Israel Prize for Lifetime Achievement in 2012.

An Israeli rabbi, educator, politician and leader of the Religious Zionist movement, he served not only as head of Yeshiva Ohr Etzion but also as president of its institutions. He also served as rabbi of Merkaz Shapira, president of the Union of Hesder Yeshivas, chair of the Bnei Akiva Yeshiva Center and a member of the National Board of the Bnei Akiva Movement.

The rabbi served as a Member of the Israeli Knesset and was a Deputy Minister of Religious Affairs; from 2004 to 2012.

Rabbi Druckman served as head of the Conversion Authority in the Prime Minister’s Office as well.

MK Bezalel Smotrich who had become close with the Rabbi in recent years said, “I was privileged to enter with the rabbi for conversation and advice in the wee hours of the night. Until his last days, there was not a moment when the rabbi was not free and available for mobilization for Klal Israel.”

A great light of love for Israel went out today.

At this time of farewell to Rabbi Chaim Druckman, my heart aches deeply with his dear family and with many, many people. The State of Israel lost a great spiritual leader, and I lost a personal friend whom I respected very much.

As someone who personally experienced the horrors of the Holocaust as a child, Rabbi Druckman devoted himself to the building of the nation when he immigrated to Israel.

His compass was the mission for the benefit of Klal Israel. The education of the youth, the concern for settlement, the mobilization for social missions, the growth of the Zionist-religious Torah world and the orientation of young people for meaningful service in the IDF were at the forefront of his attention.

His extensive activity as a member of the Knesset reflected his being not only a representative of the sector he represented, but a loyal messenger of the general public in Israeli society.

A major interface between the rabbi and me was in the field of conversion. As head of the conversion system in the Prime Minister’s Office, he took, as is his holy custom, a heartfelt approach that helped thousands of new immigrants join the ranks of our nation.

The mission fire that burned in Rabbi Druckman has not been extinguished and its sparks lie deep in the hearts of thousands of his students. 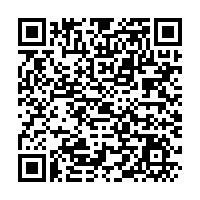