Steven Spielberg’s mother, Leah Adler, owner and operator of kosher restaurant The Milky Way on Pico Blvd. in Los Angeles, died on Tuesday at home, surrounded by her children, at age 97.

Back in 1992 and later in 2013, Leah Adler spoke candidly to 60 Minutes about her divorce from Steven’s father and how it later influenced the renowned director’s parental figures in his movies. Leah also described to the late Ed Bradley how she drove the young “harebrained” Steven into the desert to make his first movie. Later, the proud mom’s restaurant was decorated with a plethora of posters from Steven’s 70+ movies.

Leah told People Magazine in 1994: “I was a very delinquent parent […] I became a member of my kids’ gang. If they wanted to stay home from school, they did. I’d say, ‘Let’s go out in the desert, guys,’ and then I’d write lying notes to their teachers about gastrointestinal diseases.”

Leah told 60 Minutes that Steven “ran the family” and even stood up to their anti-Semitic neighbors: “We lived in an all non-Jewish neighborhood. These people used to chant, ‘The Spielberg’s are dirty Jews.’ And one night, Steve climbed out of his bedroom window and peanut buttered their windows, which I thought was marvelous.”

Leah Adler, whose friends called Lily, was born in 1920 in Cincinnati where she became an accomplished pianist, playing the piano from age five and attending the Cincinnati Music Conservatory.

In 1945, she married Arnold Meyer Spielberg and they had four children – Steven, Anne, Sue and Nancy. They moved to Haddonfield, NJ, then relocated to Phoenix, AZ in 1957, where Leah performed piano solos, fast gaining celebrity status as “the lady with the Peter Pan haircut.”

In 1964, they moved to Los Gatos, CA., where Leah divorced Arnold, then moved to Scottsdale, AZ and in 1967 married Bernie Adler. The couple later moved to Los Angeles, where they opened the kosher The Milky Way.

Steven Spielberg called his mom “my lucky charm” during his 1994 Academy Award acceptance speech for Best Director, for Schindler’s List. 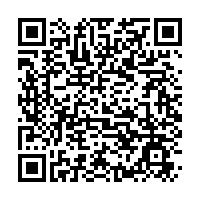