The High Court of Justice on Thursday issued an interim injunction which freezes Deputy State’s Attorney Dan Eldad, and forbids appointing his replacement. The order was issued following a petition filed by ten attorneys who demanded that extending Eldad’s temporary term for an additional period be barred. The petitioners claimed that the extension of Eldad’s term is extremely unlikely due to the objection of Attorney General Avichai Mandelblit.

Of course, nowhere in Israel’s Basic Law: Government does it say that the AG’s approval is required in appointment made by the Justice Ministry, temporary or permanent.

The petition was filed against Justice Minister Amir Ohana’s plan to extend Eldad’s term of office by three months, as prescribed by law. But Ohana has yet to announce said extension, which means that the High Court has strayed from its practice of not becoming involved in petitions over hypothetical issues.

Eldad himself has reportedly been debating whether to agree to an extension of his term, given the amount of hysterical objections he has been confronting at the Prosecution and the AG’s office. Talks over this are being held between Eldad and the Justice Ministry. For that matter, Minister Ohana has not yet contacted the Civil Service Commissioner with whom he is scheduled to consult regarding his chief prosecutor’s three-month extension.

During the rule of a caretaker government – such as Netanyahu has been leading for more than a year – should a top position be vacated, the minister in charge is only empowered to fill it in three-month increments. The high court’s beef is over Eldad’s next three more months in office. The position of the Civil Service Commissioner on the matter has also not been issued yet.

Which suggests that this is a turf war, declared by the High Court of Justice that has had it up to here with Netanyahu and his lieutenants, starting with former Knesset Speaker Yuli Edelstein who refused to bow and kiss the ring of Supreme Court President Esther Hayut, and ending with Justice Minister Ohana who has been using every trick in the book to violate the doctrine of the courts being a higher branch of government, to be obeyed by all.

Attorney General Mandelblit is expected to file his position today in response to petitions against the Likud-Blue&White coalition agreement, which includes a section that does not allow new senior appointments in the coming months, a section that was dubbed the “Dan Eldad clause.”

Transport Minister Bezalel Smotrich said in response to the High Court’s decision: “The High Court continues to destroy the principles of the Jewish state and to impose on it progressive and lunatic values in an undemocratic manner and without the authority to do so. And in general, the High Court seems to be running the state here and making more and more decisions in a way that makes the democratic system and the people irrelevant. When will the people wake up and realize what’s coming down is not rain?”

150 demonstrators gathered on Thursday outside the High Court of Justice in Jerusalem to protest the court’s decision to hear petitions next week against the Likud-Blue&White coalition government deal. Led by Im Tirtzu, the demonstrators accused the High Court of abusing its power by unlawfully interfering in the Knesset’s affairs.

The protestors said this was merely the latest development in a long history of undemocratic and biased political activism by the court. they chanted slogans from behind their coronavirus face masks, including “Stop stealing our democracy” and “This isn’t Iran,” and called on the courts to stop their “judicial piracy.”

Professor Talia Einhorn said that “the High Court has turned itself into a political party that seeks to impose its values on the country while acting in utter disregard of the law.”

Dr. Gadi Taub said: “We are no longer a democracy. We are a judicial dictatorship. There is no democracy in the world in which the Supreme Court enjoys this much power.”

Im Tirtzu CEO Matan Peleg stated: “The judges believe that laws, including Basic Laws, don’t need to be obeyed, rather they are tools to be used to advance their political agenda. This blatant violation of the basic principles of democracy endangers the future of the State of Israel, and the time has come for the judges to end their judicial dictatorship and realize that this isn’t Iran.” 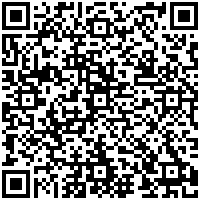