PM Benjamin Netanyahu on Wednesday morning sent a direct message to Israel Beiteinu chairman Avigdor Liberman, after no progress had been made in the overnight negotiations between Netanyahu and Blue&White chairman Benny Gantz. Netanyahu tweeted: “Liberman said he would go with the party that would not refuse. Now it remains to be seen whether Avigdor Liberman will keep his commitment.”

Liberman threatened that should a unity government led by Blue&White and Likud not materialize, he would join a narrow coalition with the side that did not stand in the way of unity.


Liberman also declared that once the president’s mandate to Gantz to establish a government expires on Wednesday, it would be “every man for himself.” He is scheduled to make a statement in this regard at 1:00 PM Wednesday. He is not necessarily expected to show up.

Netanyahu attacked Gantz and his three partners at the helm of Blue&White, tweeting: “Gantz and Lapid lied brazenly to their voters when they said ‘we will not negotiate with the Arab parties, we will not forge a blocking bloc with them.’ I was right in all my warnings. It is forbidden to form a minority government that would rely on terror supporters.”

Over night, the two sides exchanged accusations, and Wednesday morning, Netanyahu added: “Gantz refused to accept the president’s outline that I, as prime minister, would be first in the rotation.” And then, he implored Liberman to comply with his pledge to “go with the party he refused.”

Netanyahu attacked Gantz Wednesday morning, following the failure of their meeting, tweeting: “Unfortunately, last night in our conversation, Benny Gantz refused to accept the condition set by Avigdor Liberman – accepting the president’s outline according to which I will be first in a rotation as the prime minister.”

Gantz blamed Netanyahu for the overnight failure, tweeting: “Israel needs a broad and liberal unity government, which will consist first and foremost of the two major parties, and led by Blue&White which won the elections.”

“Won the elections” is somewhat exaggerated, seeing as Blue&White, with 25.95% of the votes, has 33 Knesset seats, while Likud, with 25.10% won 33 seats. Neither party even came close to a plurality.

Gantz argued that the government Israel needs would be based on principles set by the two big parties, which is why it cannot include a sectoral bloc – a reference to the 55-mandate strong rightwing bloc which is far stronger than Gantz’s without the support of the Joint Arab List.

“Third elections are a bad thing, but basic principles and values ​​cannot be dispensed with,” Gantz tweeted, suggesting his values were superior to those of the Haredim and religious-Zionists. “We will make any effort to reach understandings and form a government in the remaining time, to prevent unnecessary elections that run counter to the will of Israeli citizens.” 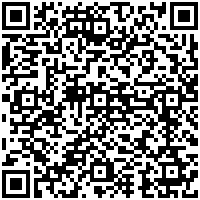