While the Israeli city of Ashkelon has been physically assaulted by rockets and bombs hurled by Israel’s haters in Gaza, haters abroad are doing their best to assault Ashkelon in other ways.

There is a battle now taking place to prevent the city of Sacramento, California, from becoming a sister-city to Ashkelon, Israel.  The battle is being waged on the internet and phone lines, in the lead-up to a Sacramento City Council meeting on the topic which will take place on August 14.


Radical anti-Israel activists are distributing hate literature portraying  Arabs who live in Ashkelon  as second-class citizens “without the same rights, benefits or access to land as Jewish Israelis.”

Sister-cities are cooperative agreements between cities in different countries which are created to promote cultural and business relationships and, according to Sacramento City Councilman Steve Cohn, the goal of Sacramento’s sister-cities program is “to promote peace, through mutual respect, understanding and cooperation.”  But Cohn admitted that the vehement attacks against naming Ashkelon as a sister-city has hardly been in keeping with that goal.

According to a group calling itself, “No Human Rights, No Sister City,” Ashkelon is such a den of overt discrimination, that if Ashkelon is approved as a sister city it will expose Sacramento to law suits because “discrimination on the basis of national origin is prohibited in the U.S. and California constitutions.”  Under this reasoning the more than forty cities across the United States which already have sister-city relationships with towns in Israel, many of which have been in existence for decades, are all vulnerable to discrimination suits.  Those cities include New York (Jerusalem), Los Angeles (Eilat), Chicago (Petach Tikva) and Boston (Haifa).

The anti-Ashkelon activists also describe Ashkelon as having been the thriving “Palestinian” city of Majdal Asqualan whose residents were thrown out in waves of ethnic cleansing by Israeli military, starting in 1948.

The ancient Biblical connection between Ashkelon and the Jewish people is not included in the hate literature.  Ashkelon is the site of the most famous haircut in Jewish history – it is where Delilah cut Samson’s hair, depleting his strength, in the famous Biblical story found in Judges XIV-XVI.

Although Arab Israelis have the same rights as do Jewish Israelis both in Ashkelon and throughout Israel, Sacramento does indeed have a sister-city where Apartheid reigns.

In 2009, the Sacramento City Council unanimously passed the Bethlehem Sister City Initiative, naming Bethlehem, Palestine as Sacramento’s sister city.  It is in Bethlehem, not Ashkelon, where laws are based on ethnicity, where certain people are prevented from owning property, running for office, and are denied the rights and privileges granted as of right to other ethnicities – Jews are the officially endorsed discriminated against ethnicity in Bethlehem.

Barry Broad, a lawyer and novelist, was the chair of the Sacramento Jewish Community Relations Council in 2009.  Broad is a pragmatist.  He didn’t see anything wrong with allowing the creation of a sister-city relationship with Bethlehem, even though he was well aware that those promoting the efforts had no interest in developing peaceful relations with the Sacramento Jewish community.

Broad told The Jewish Press that the Bethlehem Initiative supporters “refused to allow the mainstream Jewish community to be involved with the effort.”  He said he heard the people involved say some of the most anti-Semitic things he had ever heard, such as calling the Jewish Federation a “tool of a foreign government,” and stating as fact that “the Jews own the media.”  He also was under no delusion about the Palestinian Authority government, which he described as a “fascist regime,” and he explained that the Christian Arab population in Bethlehem is being “pushed out by Islamic terrorists.”

But Broad still supported the Bethlehem Initiative.  He and other members of the Sacramento Jewish community were satisfied because, when they approved the Bethlehem effort, the City Council at the same time issued a statement of intent that it would establish a sister-city relationship with a town in Israel.

The future is now, and the same people who clamored to have the earlier Bethlehem Initiative passed are now adamantly opposed to having Sacramento gain an Israeli sibling city. But, Broad points out, the threshold question has already been settled. He is confident that the Sacramento City Council will support its earlier decision. 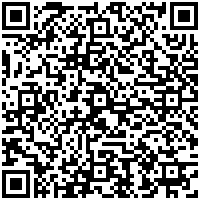