In the wake of the Arab League’s suspension of its observer mission to Syria, the UN Security Council will begin deliberations on a draft resolution this week calling on Syrian President Bashar al-Assad to resign and transfer power.

The Arab League’s mission was tasked with ensuring that Assad’s regime was abiding by an agreement with the Arab League to end violence against anti-government protesters. The mission was suspended Sunday after a particularly brutal weekend of government violence that resulted in the deaths of approximately 200 civilians.


Arab League Secretary General Nabil el-Araby is in New York to deliver the mission’s findings to the Security Council, but even the support and encouragement of the 22-nation Arab alliance will not ensure the passage of a harsh resolution, as Russia and China continue to obstruct any meaningful progress in halting government violence.

Last October, Russia and China both vetoed a resolution that would have condemned the regime for the violence engulfing Syria. While this latest draft resolution does not include sanctions, it has more bite because it calls for a transfer of power.

Russia, Syria’s patron and main ally, continues to supply Syria with weapons despite calls from the West to halt weapons transfers. It has also proposed an alternative UN resolution that assigns equal blame to Assad and the dissidents.

It is estimated that over 5,000 people have died since March 2011, when the regime launched a crackdown against dissidents. 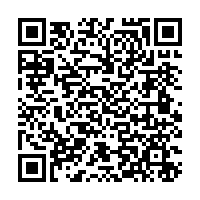