(JNS) Israel’s High Court of Justice on Monday overturned a demolition order against the home of one of the terrorists convicted for the murder of yeshiva student Dvir Sorek in Gush Etzion in August 2019. This marks the first time the court has blocked the demolition of the home of a convicted terrorist.

A three-judge panel ruled 2-1 against the demolition, stating that too much time had elapsed since the order was issued.

“The initial delay, for which no relevant explanation was presented, alongside an examination of the time period … in which the petitioners were left in a cloud of uncertainty about the fate of their home, lead us to conclude that the exercise of the authority to demolish was faulty, thereby justifying the cancellation of the order to confiscate and demolish the dwelling,” the judges said in the ruling.

It went on to state that “We are saying this also in light of the time that elapsed between the time the confiscation and demolition orders for the homes of four other terrorists accused of involvement in the attack and the time the order under discussion was issued, which is several months.”

The court went on to say that the delay in executing the demolition order had “obscured” the link between the murder and the sanctions taken in response.

Sorek’s body was discovered near Kibbutz Migdal Oz, in Gush Etzion, and his murder was traced to a five-member terrorist cell. The Israeli military issued orders to demolish the homes of all the cell members. All the orders were executed, except for the one against the home of Mahmoud Atouna. The Atouna family petitioned the High Court through the organization Moked: The Center for the Defense of the Individual.

Justices Anat Baron and Uzi Fogelman ruled in favor of the petition, with Justice David Mintz voicing a minority opinion against. Baron wrote that in addition to the delay in the order’s execution, the court’s ruling was also based on the fact that the terrorist’s wife and children, who she said were wholly uninvolved in the murder, were living in the home.

“They [the Atouna family] are innocent of any crime and uninvolved in the attack, not from the start or retroactively. This in itself causes real concern that the demolition order serves a purely punitive function,” wrote Baron.

The Jewish advocacy group Betzalmo, which is representing the Sorek family, said in response to the ruling that “the High Court is responsible for the next murder.”

According to Betzalmo, “The High Court ruling is a huge prize for terrorists and terrorism. Unfortunately, this is a wretched ruling that shatters the little remaining deterrence that remains and will lead to another wave of terrorist attacks. Sadly, this is the exact opposite of former Defense Minister [Naftali] Bennett’s pursuit of terrorists and demolition of their homes. We will immediately start working to have the matter discussed again, as well as advocating for a law that will forbid the High Court to intervene in matters of security.”

Intelligence Services Minister Eli Cohen also addressed the ruling, calling it “infuriating and against the position of the security establishment.”

“According to them, an innocent family lived there. Dvir Sorek’s family is also innocent,” said Cohen, adding that he would support a law to establish public hearings for Supreme Court candidates “so we can know if judges put the interests of terrorists’ families before that of the State of Israel.” 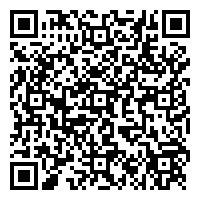