JERUSALEM – About 500 people, including Prime Minister Binyamin Netanyahu, President Reuven (Ruby) Rivlin, US Ambassador to Israel David Friedman, US Treasury Secretary Steven Mnuchin, representatives of the four branches of the US Armed Forces and of the Christian Zionist community and both houses of Congress and an A-list of Israeli and American government officials gathered in south Jerusalem Monday to mark the official transformation of the former consular services compound in the capital to the United States embassy in Israel.


Ambassador David Friedman welcomed a jubilant crowd to the United States embassy in Jerusalem, Israel, drawing a first standing ovation at the words “Jerusalem, Israel” and another at the mention of US President Donald J. Trump.

Friedman added that efforts to move the embassy began in 1995 and was reaffirmed last year by a Senate vote of 90-0.

“Twenty-three years after transfer of the embassy became the law of the land, today we give Israel the same right we give to every other nation – the right to name its own capital, Friedman said.

President Reuven (Ruby) Rivlin said the Jewish people had sworn to keep faith with Jerusalem for 3,000 years and prayed for the city before donning a kipa and reciting the traditional Hebrew blessing of thanksgiving.

“The State of Israel’s commitment to Jerusalem is not only a commitment to the history of the Jewish People. but commitment to all residents of Jerusalem. Jerusalem is a microcosm – of our ability of Jews and Arabs to live together. And as of today, it is the home of the American embassy in Israel. Thank God,” Rivlin said.

Notably, the event was far from bipartisan. No Democratic Congress members attended. In addition to politicians and public figures, attendees appeared to be overwhelmingly Orthodox Jews and evangelical Christian clergy, including prominent members of U.S. Jewish and Christian organizations who have long pushed for the embassy relocation.

Several individuals noted that the lack of bipartisan support for the move was merely an illustration of a trend that has been developing in North America for years: The waning of Democratic support for Israel and the deepening of Israel’s position as a wedge issue.

“It’s true that there are no Democrats here, and think it’s really too bad. I see the Democratic Party as a sister party (to the Israel Labor Party), and it’s important to remember that this whole process began under a Democratic administration ( President Bill Clinton),” Opposition Leader Yitzhak (Bougie) Herzog told TPS. “So this celebration really belongs to all of us.

“At the same time, we must give credit where credit is due. President Trump made a brave move; he deserves the credit,” Herzog added.

Herzog also said he expected more countries to follow the American lead, and addressed the Palestinian violence on the Israel-Gaza border.

“What’s going (in Gaza) is very serious, very painful. I tell Palestinians, who are sending their kids and teenagers to the border – violence won’t help you. In 70 years – you’ve never gained anything by violence. Come back to the negotiating table. Don’t use violence,” Herzog told the Israel Broadcast Corporation (Kan).

Others were less concerned about the lack of bipartisan support for the move.

“No, I don’t care that there are no Democrats here,” said Mark S. Levenson, the chairman of the board at the Zionist Organization of America. “They had plenty of chance to make the move – President Obama had eight years to do it – but President Trump is the one to do it. It was a bold move and I applaud him for it. This is an historic day.”

Levenson added that he is not worried about the long-term effect of Israel’s loss of bi-partisan support in Washington, nor is he worried about what is going to happen in three, four or five years and said that support for Israel in the United States at the present time is “overwhelming.”

“I think that this move will free Israel up to assert itself more,” Levenson added. “As a result of this move Israel will not be as demonized, Israel will not act so defensively. No, Israel is not perfect but the country will be able to lean on its record, which is far superior (to any other country in the region.” 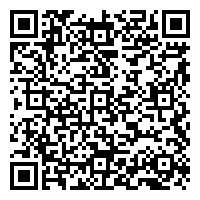