The Camp Ramah network of Conservative Jewish summer camps has published a diversity statement notifying parents that their children may be bunking with children of the opposite sex due to gender identity issues.

Camp Ramah, which operates camps in the United States, Canada and Israel, acknowledged that parents might not like the idea a son might have to bunk with a girl who identifies as a boy, and vice versa.

In a statement asserting its “commitment to diversity and inclusion,” (first uploaded in April 2021) the camp wrote under the section entitled Value: Sexual Orientation and Gender Diversity :

a. RAMAH IN ACTION: We achieve this by aiming to avoid heteronormative assumptions in our language and programming, and by educating our staff. In our bunking process, our goal is to support an individual’s wellbeing, which may include bunking campers and staff according to gender identity rather than birth sex. We recognize that this may represent a “learning zone” for some of our families and we are happy to provide additional information and resources.”

The camp added that it “welcomes and reflects families of all constellations which include: single parents, same-sex parents, divorced households, blended families, non-parent guardians, and everything in between.”

Inclusion within reason can be a good thing, particularly for children who might otherwise be punished for their parents’ issues. But what is the message to heterosexual children when they are forced to share their sleeping space, whether they want to or not – – with someone whose biological sex is different from their own? What about the “individual’s wellbeing” for those children, who are the most vulnerable of all at bedtime in a summer camp, far away from home?

A discussion of the mental health implications for the straight kids, who are generally in the majority, would require an entire article on its own. Suffice to say that extreme discomfort and possibly permanent trauma is well within the expectations in such a situation.

As for those whose gender identity differs from their biological sex . . . there’s gonna be a whole bunch of pregnant boys at the end of this summer. 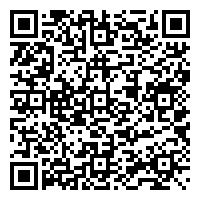