Are you a registered Democrat and consider voting for Beto O’Rourke, the Democrat from Texas who almost defeated Sen. Ted Cruz? Turns out Betto will not show up at this year’s three-day American Israel Public Affairs Committee (AIPAC) policy conference, running Sunday through Tuesday.

Betto sides with the left in Israel as well as the US, and has been declaring that PM Benjamin Netanyahu “openly sided with racists” to help save his political career.

The Associated Press quoted a senior adviser to NY Sen. Kirsten Gillibrand, who said, “Senator Gillibrand was not planning to speak at the policy conference and will not be attending. As she does every year, she will meet separately with her New York constituents.”

Bernie Sanders’ spokesperson told AP Sanders is “concerned about the platform AIPAC is providing for leaders who have expressed bigotry and oppose a two-state solution.”

In addition to Gillibrand, O’Rourke and Sanders, Kamala Harris and Elizabeth Warren have confirmed to Politico that they won’t be coming.

New York City Mayor Bill de Blasio, who may decide to run, will show up.

According to the left-wing group MoveOn, the no-shows also include Pete Buttigieg, Julian Castro, and Jay Inslee.

MoveOn on Wednesday published a survey that showed 74% of its members agreed that “any progressive vying to be the Democratic nominee for president should skip the AIPAC conference.”

MoveOn director of political action Iram Ali told Al Jazeera: “AIPAC clearly is a partisan lobbying group that has undermined diplomatic efforts and progressives want no part in it. I think this means that AIPAC stances and policies are coming to the forefront. They can no longer pretend to be a bipartisan group.” 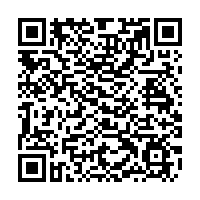