Israel’s Foreign Ministry and the Shin Bet (General Security Service) are sending special envoys to Washington DC to share evidence with the Biden Administration proving that six Palestinian Authority NGOs are linked to the Popular Front for the Liberation of Palestine (PFLP) terror organization.

A senior security official told reporters Monday, “This evidence leaves no room for doubt. It is as strong as concrete,” i24TV reported.

Despite US claims on Saturday that the Biden Administration was not warned in advance, an Israeli defense official who spoke with the Hebrew-language Ynet news outlet insisted Washington had indeed been informed and provided with intelligence justifying the move.

The groups – Union of Palestinian Women’s Committees (UPWC), ADDAMEER Prisoner Support and Human Rights Association, Bisan Center for Research and Development, Al-Haq, Defense for Children International-Palestine (DCI-P), and Union of Agricultural Work Committees (UAWC) – “are controlled by the senior leaders of the Popular Front for the Liberation of Palestine,” Israel’s National Bureau for Counter Terror Financing (NBCTF) said in a statement.

The NGO Monitor watchdog organization said in a statement just two days prior that it had identified more than 70 staff and board members, as well as other officials in 13 such groups, “who hold positions in both the NGOs and the PFLP.”

The Counter Terror Bureau added that the six groups serve as a cover for PFLP promotion and financing.

Representatives of the NGOs designated as terrorist organizations announced Saturday at a news conference in Ramallah that they will continue to operate despite Israel’s decision to shut down their activities. They called on the international community to stand by them and oppose the terrorist designation by Israel’s defense establishment. 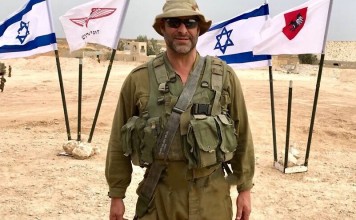