A broad coalition of Israeli organizations has expressed outrage in wake of the US’ intention to reopen its consulate in Jerusalem for Palestinian Authority Arabs and is planning a series of events to protest the planned American consulate on Agron Street, situated in western Jerusalem.

Yehudit Katsover and Nadia Matar of the Sovereignty Movement warned that “establishing an American Consulate for the Palestinian Authority in Jerusalem is the de facto partition of the city and its transformation into the capital of Palestine.”

They further noted that the position of all Israeli governments was and remains that a united Jerusalem is the indivisible capital of Israel.

“Jerusalem is not Afghanistan and we will not allow the sights from Kabul to be replicated in Jerusalem and Judea and Samaria,” they said.

Sarah Haetzni, chairperson of the My Israel organization, said the government has the ability to prevent the American move.

Matan Peleg, CEO of the Zionist Im Tirtzu movement, said that “since the establishment of the State of Israel, there has never been a situation in which a foreign country imposed upon Israel the opening of a special consulate in its capital for the Palestinians. This is an extremely grave blow to Israel’s independence and a fundamental undermining of its position. It is inconceivable that the one undercutting Israel in this way is its closest ally.”

“On the other hand, it is worthwhile for the current American administration to remember that the US also needs allies. Israeli society is a friend of the American people. This is not something that one does to friends. We call upon the American administration – if it is so urgent for you to open a special consulate for the Palestinians – open it in Ramallah, not in Jerusalem,” he said.

Meir Deutsch, CEO of Regavim, added that according to the Geneva Convention, the host state is the one that must authorize the opening of a consulate for a foreign country.

“We demand that our elected officials act like a sovereign government and protect the national interests of the citizens of the country and not allow this consulate to open. United Jerusalem is the indivisible capital of Israel,” he declared.

Zionist Organization of America (ZOA) President Morton Klein stated that the ZOA “stands with Israel against the attempt to legitimize a terror-supporting regime by giving it a consulate in Jerusalem, Israel’s eternal capital.”

“Not only will this be a step towards the division of Israel, it will also be a prize to a regime that pays to slay, names streets after terrorists and negates the Holocaust. We call on the Biden Administration to stop pressuring Israel into allowing such an abomination which would only reward Palestinian Arab terrorism and their refusal to accept the existence of a Jewish State,” he said.

“The United city of Jerusalem is the capital of the state of Israel and only the State of israel. And as such, she alone should decide who opens what official offices in her capital,” said Rabbi Pesach Lerner, Chairman of the Coordinating Council for Jewish Homeland.

The coalition plans to hold a protest in front of the former US consulate on Agron Street on Wednesday at 5PM. 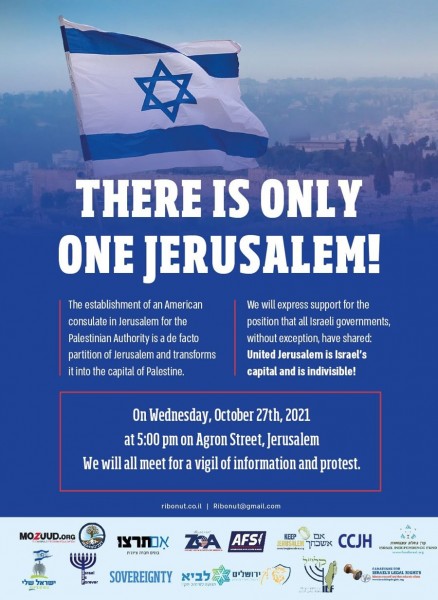 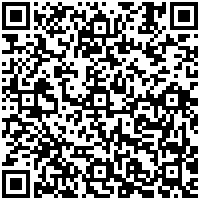