The struggle to deal with COVID-19 in Los Angeles County is becoming dire, according to multiple national news networks in the United States.

Los Angeles County has ordered ambulance crews to begin to ration oxygen, according to local and national news media.


“Given the acute need to conserve oxygen, effective immediately, EMS should only administer supplemental oxygen to patients with oxygen saturation below 90 percent,” said a directive issued Monday by the LA County Emergency Medical Services Agency, according to the Los Angeles Times.

“An oxygen saturation of 90% is sufficient to maintain normal tissue perfusion in most patients,” the directive said, adding several examples of exceptions when a higher percent oxygen could be used.

At least five hospitals in Los Angeles County were reporting a shortage of oxygen, according to Fox News. Some turned away ambulances over the weekend. At least one declared an “internal disaster” as well.

One hospital has had to use its chapel’s meditation room as overflow space, according to a report by the ABC News program “Good Morning America,” (GMA) and the (former) gift shop is now being used as an examination room.

As did other media, GMA also reported that LA County has told ambulance drivers “not to transport trauma victims — victims of gunshots, car crashes, heart attacks — to the hospital if they have little chance of surviving.” Ambulance crews are being advised to cut back on oxygen use. What’s next?

In south LA, where Martin Luther King Jr. Community Hospital is located — where ambulances were turned away this weekend because the hospital was overwhelmed — the COVID-19 positivity rate, or contagion rate, is a whopping 32 percent.

The other news of interest: the UK variant, B.1.1.7 has also arrived in California. Six new cases of the British strain have been reported there. 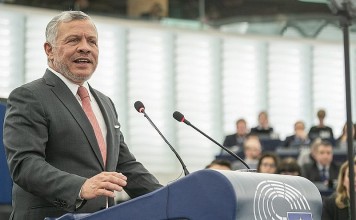