Netanyahu displayed for public view the 55,000 pages of Iranian nuclear weapons files in binders, and another 55,000 files on 183 CDs — half a ton of material — which he said had been hidden in armored vaults for more than a decade in a dilapidated warehouse in the Shorabad district in Tehran. Israel had plants deep, deep within Iran’s most secret program, who were able to bring out all the files, thus completely exposing the Islamic Republic and all of its lies.

The prime minister methodically displayed photos, blueprints, spreadsheets, outlines — in short, a comprehensive program called Project Amad that ran from 1999 to 2003. The material was secretly stored, to be used at a time of Iran’s choosing, to build nuclear weapons, said Netanyahu. “These files conclusively prove that Iran is brazenly lying when it says it never had a nuclear weapons program,” he said. “The files prove that.” He added that the United States has vouched for the authenticity of the secret archive obtained by Israel, and that it will make the documents available to the UN International Atomic Energy Agency (IAEA) and other countries.

According to documents seen in the archive, the goal of Project Amad was to build five warheads, each with 10-kiloton TNT yield for integration on a ballistic missile. Five elements were involved in the project: testing, simulations, building warheads, centrifuge enrichment of uranium and yellowcake production.

Netanyahu displayed document after document from the archive, including a map that detailed five potential locations for a nuclear test in eastern Iran, a design for a nuclear payload on a Shahab-3 missile and many more.

There are, the prime minister said, four conclusions that one can draw from the wealth of material brought out from Iran:

“One hundred thousand files right here prove that they lied,” Netanyahu said. He warned that the JCPOA deal, if not changed, “gives them the three elements required for creating nuclear weapons of mass destruction: — unlimited enrichment in a few years, ballistic missiles, and it fails to address the secret nuclear bomb program and its advanced work on nuclear weaponization. 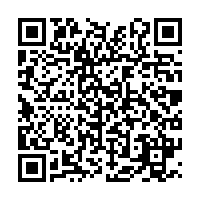