The office of New York Attorney General Letitia James announced Thursday that a Suffolk County jury held Teva Pharmaceuticals responsible for contributing to the opioid crisis in the state after deliberations that began December 14.

The state attorney general’s office said Teva was found to have played a role in furthering a public nuisance – a legal term – that had deadly consequences: an opioid-use epidemic that has been linked to more than 50,000 deaths over the past 20 years across the United States.


The lawsuit, filed by the State of New York in 2019, accused drug companies of ignoring their legal responsibilities “to profiteer from the plague they knew would be unleashed” and collaborated to mislead people by downplaying the serious risks of opioid addiction. The state said their conduct cost New York taxpayers hundreds of millions of dollars in addiction treatments costs, among other expenses.

All of the other defendants in the suit settled, with the exception of Teva. New York State came away with up to $1.5 billion as a result, according to The Associated Press.

OxyContin manufacturer Purdue Pharma and members of the family that controls the company were included among the opioid producers and distributors who were named as defendants.

“Teva Pharmaceuticals USA and others misled the American people about the true dangers of opioids,” James said in a news release. “Today, we took a significant step in righting the wrongs this country has collectively experienced over the last two decades.” 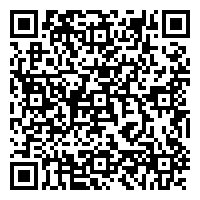