US Congresswoman Rashida Tliab (D-Mich.) stated that the Al Aqsa mosque is “equivalent to the Church of the Holy Sepulchre for Christians, or the Temple Mount for Jews,” setting off a series of responses rejecting and ridiculing her statement.

I was 7 years old when I first prayed at the Al Aqsa with my sity. It's a sacred site for Muslims. This is equivalent to attacking the Church of the Holy Sepulchre for Christians, or the Temple Mount for Jews.

Israel attacks it during Ramadan. Where's the outrage @POTUS? https://t.co/Q4gGBrCOof


Tweeting on the Muslim Ramadan Riots in Jerusalem and the police’s attempts to quell the violence, Tlaib claimed she was seven when she first prayed at the Al Aqsa with her grandmother.

“It’s a sacred site for Muslims. This is equivalent to attacking the Church of the Holy Sepulchre for Christians, or the Temple Mount for Jews,” she said.

Tlaib’s statement demonstrates ignorance both in geography and theology.

The Al Aqsa mosque was built on the Jewish people’s Temple Mount. And Muslim regularly assault and harass Jews visiting on the Temple Mount.

The US’ former ambassador to Israel replied that “unlike you, I have never prayed on the Temple Mount, Judaism’s holiest site, because Israel limits prayer there to Muslims – no Jewish or Christian prayer is allowed. Israel bends over backwards to secure Muslim worship at Muslim holy sites. You are way off on the facts.”

Arsen Ostrovsky, an international human rights lawyer, posted a clip of Muslims rioting on the Temple Mount while desecrating the mosques and wrote: “Yes, so ‘sacred’ that Palestinians were rioting, smashing windows and pelting rocks!”

Yes, so ‘sacred’ that Palestinians were rioting, smashing windows and pelting rocks! pic.twitter.com/cuseuEUgU5

Daniel Laufer rejected her statement as a “blatant distortion [that] only serves to promote hate and violence.”

“A minority of hooligans shooting fireworks and throwing stones at people are violating the sanctity of a holy place. 10,000s of worshippers prayed without violence,” he noted.

Eli Sennesh, a Ph.D. student at Northeastern University, pointed out that “the Al-Aqsa Mosque is on top of the Temple Mount. Jews are banned from religious practice of any kind on the Temple Mount to avoid outbreaks of rioting from worshipers at al-Aqsa.” 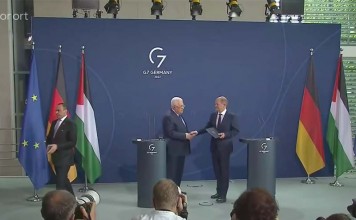 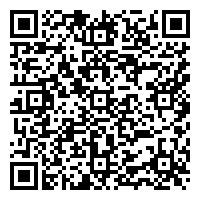