The U.S. State Department is being far more tight-lipped about the chances that this time Israel will win a deal to join the 38 nations currently on the list in the visa waiver program with the United States, than Israeli ministers.

It was clear after an email exchange between Jewish Press Online and a U.S. Embassy official in Tel Aviv, however, that negotiations over the issue are far from complete.

“Determining eligibility for the Visa Waiver Program (VWP) is the responsibility of the Department of Homeland Security in consultation with the Department of State,” the official wrote.
“This is a lengthy process. Assessments of eligibility for VWP designation encompass careful analysis of a number of factors, including security and policy considerations, that must be addressed on a case-by-case, bilateral basis.‎ ‎

“I do not have any updates to report at this time regarding Israel’s eligibility for this program.”‎

Initially the official simply parried a question about whether any agreement has been reached.

“There have been many meetings and discussions on this issue,” the official responded. “It is ongoing.”

Compare that with the exuberant tweet by Justice Minister Ayelet Shaked (Bayit Yehudi), who claimed, “We are finalizing a deal to cancel the visas. Ever since I took up the post we have been working with the Americans to join the group of select countries whose citizens are exempt from obtaining an entry visa to the USA.

“We found the balance between protecting the privacy of Israeli citizens and the demands of the Americans.”

The two countries were reportedly wrangling over American access to Israel’s fingerprint and biometric database. Israel and its supporting pro-Israel groups, have been trying since 2005 to enter the program that allows business people and tourists to enter the U.S. and stay for 90 days without having to wait for visas; a major boon for trade and industry.

On the Israeli side, there is concern about the use of citizens’ biometric data. The Knesset must make an amendment to Israel’s current Biometric Database Law in order to permit the United States access to the database, even solely for those citizens with a criminal background, which was the agreement reportedly reached between the two sides. Foreign authorities are barred also from passing on any information they receive, or even from retaining it after its use.

A State Department source also told the Globes business news website that the deal is far from done.

However, a major concern continues to be the issue surrounding Israel’s security needs and how that impacts Western perceptions of how a democracy should operate vis a vis protecting its own citizens, while ensuring the “fair and equal treatment” of all incoming visitors.

“In general, the U.S. administration requires that every U.S. citizen receive the same treatment upon arrival in foreign countries, and benefit from unrestricted freedom of movement, regardless of their ethnic affiliation and country of origin,” the State Department spokesperson said.

“Specifically, the administration in Washington continues to be concerned about the unequal treatments given to U.S. Muslims at entry points and checkpoints (ed: at roadblocks in Judea and Samaria.) We regularly raise the issue of equal treatment of all U.S. citizens at entry points to Israel with the authorities in Israel.”

Washington is reportedly demanding that citizens of the Palestinian Authority with American passports be allowed to fly out of Ben Gurion International Airport, according to Channel 2 news. At present, all PA citizens traveling internationally use the Allenby Bridge border crossing into Jordan, and leave via the airport in Amman. 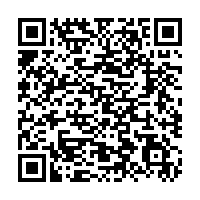