Prime Minister Benjamin Netanyahu met with leaders of the Jewish settlement in Hebron and Chairman of the Judea and Samaria (YESHA) council who thanked him for acting towards establishing and developing the Jewish settlements in Hebron, as well as thanking him for promoting the construction in the Hizkia Quarter in Hebron.

The meeting was attended by chairman of the YESHA Council Hananel Dorani, head of The Committee of the Jewish Community of Hebron Avraham Ben Yosef, CEO of the Jewish settlements in Hebron Ori Karzan and community leadership members: former MK Orit Sitruk and Hillel Horowitz.


The chairman of the YESHA Council and the settlement leaders thanked the Prime Minister saying it is a praiseworthy beginning to the construction in Hebron.

The settlement leaders bestowed the Prime Minister a Certificate of Appreciation with a set medal to mark a half a century to the settlement in Hebron. The Prime Minister also received a book from the Bar Ilan University that summarizes the archeological excavations in ancient Hebron where magnificent remains were discovered of the Jewish settlement during the second temple era including ritual baths, coins, pottery and more.

The Jewish settlement leaders dedicated the book to the prime minister and wrote:
“Truth springs out of the earth”
To the Prime Minister of Israel, MK Benjamin Netanyahu,
Flag bearer of our historical right of our country and city of Patriarchs.
A collection of new discoveries of ancient Jewish life in the city of Patriarchs.

The Prime Minister added at this occasion: “We will carry on building”. 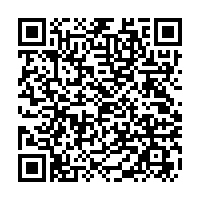