Women may enter military combat in the United States, following the lift of a military ban on women in combat by defense secretary Leon Panetta.

By May 15, military chiefs are expected to begin reporting to the Pentagon regarding how to integrate women into combat service, including elite commando units.


As many as 230,000 jobs may be opened to female military employees, including in the infantry, tank, and commando units.  Approximately 14,500 combat positions were opened up to women in February of last year.

Up until now, women’s role in warfare has been limited to pilots, military police, intelligence officers, and other support for frontline units.

The groundbreaking decision is expected to be formally announced on Thursday.

Women currently comprise 14% of the 1.4 million active US military personnel.

In the United Kingdom, women are disallowed from taking part in close combat.  They are placed in support positions, including logistics, artillery, and engineering.

Canadian, German, and Australian women are found in all military roles, including close combat.

Panetta: Iran Could Produce Nuke Within a Year 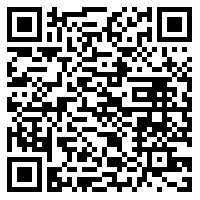