Former U.S. Defense Secretary Leon Panetta told CNN’s “State of the Union” program on Sunday that he is “afraid” of the impact Israel’s Prime Minister Binyamin Netanyahu will have in Congress next month.

Panetta told CNN, “I’m afraid what is going to happen here with what Netanyahu will do, is to make this partisan divide between Democrats and Republicans and that makes it a very dangerous trap.”


Panetta said the real focus should be on unity, not on fighting. “We need to get back to presidents and Congresses who can work together to try to confront the challenges we face,” he said.

Netanyahu was invited by House Speaker John Boehner months ago to address a joint session of Congress on the impact of Iran’s galloping nuclear technology program – both globally and existentially for Israel.

The prime minister has been clear from the outset that the agreement currently being discussed between Iran and world powers led by the Obama administration is one that would enable Iran to complete the process for building an atomic weapon of mass destruction.

Iran has repeatedly vowed to annihilate Israel once it has achieved that goal; thus any agreement enabling Tehran to succeed in that direction is certainly one to be considered an existential threat to the Jewish State.

Every Israeli leader has reiterated to the U.S. over the past decade that Iran cannot – and will not — be allowed to reach that goal, with or without the cooperation of Washington or anyone else.

Netanyahu is set to address the Congress and other American leaders on March 3 in a speech in which he will likely try one more time to explain why it is essential to derail the agreement and instead force Iran to entirely abandon its uranium enrichment program.

Because President Barack Obama’s staff has invested a great deal in this agreement, clearly hoping it will serve to secure their boss a place in history, even as the failed Israeli-Palestinian Authority peace talks failed to do so. As such, the president’s staff has worked hard to derail Netanyahu’s scheduled address, claiming its timing – the proximity to the deadline of the talks as well as Israeli national elections – is wrong.

Various “experts,” government leaders, community organizers and even American Jewish organization heads have been trotted out, one after the other, hoping the pressure will force Israel’s prime minister to crack and yield.

Since the issue is one of Israel’s existence, however, Netanyahu can hardly afford to do so – and so he has grimly stuck to his guns and maintained he will address the Congress on time as scheduled.

Even if it costs him the election, as clearly the Obama administration is hoping it might.

But with each new terror attack that takes place in Europe – and there have been many more than one might “normally” have expected in recent weeks – it becomes clear as day that Netanyahu is not wrong.

Imagine what such attacks might be like with the addition of a nuclear weapon in the hands of terrorists in Europe – or America – or anywhere else.

This is not as far fetched as one might think: chemical weapons that exist in Syria were on their way to Hezbollah terror bases a while back when the convoy carrying the “treasure” was targeted by missiles in an air strike later blamed on Israel.

Hezbollah, usually trying to figure out new ways to annihilate Israel, is generously funded and equipped by Iran. It has one of the best-armed forces in the entire world, boasting an arsenal of up to 100,000 rockets, mortar shells and missiles of varying ranges.

US To Allow Female Combat Soldiers

Panetta: Iran Could Produce Nuke Within a Year 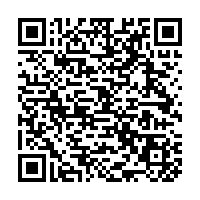