We are a nation that cherishes the memories of those who have passed on, leaving legacies of deep faith and commitment to our G-d and our people.

Among the greatest was Rabbi Dr. Aharon Lichtenstein, of blessed memory, whose teachings will live on forever in our hearts and minds. A student of Rav Yosef Soloveitchik and of Rav Yitzchak Hutner, he would impart their wisdom to generations of Jewish students in America and in Israel for over a half-century.


Recently, an anthology of essays and personal tributes to Rabbi Lichtenstein’s legacy was published by Ktav. Edited by Elka Weber and Joel Wolowelsky, the collection is fittingly entitled “A Life Steady and Whole.”

Among the many testimonies is one short yet heartfelt essay by one of the most prominent educators in our community, Rookie Billet, principal of the Middle Division at Shulamith School for Girls in Cedarhurst. Previously, she served as the assistant principal at Stella K. Abraham High School for Girls, as well as Yeshiva University’s Central High School. Rebbetzin Billet has been an active rebbetzin at the Young Israel of Woodmere since 1980, serving as a kallah teacher and mentor. In 2015, she was certified by Nishmat as a yoetzet halacha. She has been teaching Jewish studies and Hebrew literature, both in the classroom and informally, for many years.

In her essay, Rebbetzin Billet relates her memorable experiences with Rabbi Lichtenstein, and the valuable teachings of educational and theological teaching that would serve her well in the years to come. Her words should serve for all of us as examples of kavod haTorah and kavod harabbanut.

She writes, “I think I first met Rav Lichtenstein in person when, as newlyweds, we went to Israel for our first year of marriage. My young husband revered Rav Lichtenstein and was awed by his encyclopedic knowledge, by his clear and deep thinking, by his powerful moral and ethical fiber, by the fact that he played ball with the boys in college and invited the boys to his apartment and let them play with his children. He was accessible and helpful in learning and in life.

“That year in Israel I remember asking him a few questions. I was very gung ho about Hebrew, and I asked him if my husband and I should speak Hebrew to each other instead of English in our day-to-day conversation and try to be ‘Israeli.’  While he always seemed to think things over very carefully and weigh and measure everything, about this he was adamant: Communication in marriage is challenging enough that you shouldn’t have to work at saying the important things in a language that isn’t your native tongue. Speak (and argue!) with each other in English, and speak Hebrew in class, to shopkeepers, bus drivers, and repairmen, he advised.

“I am particularly grateful that I asked him to recommend some leisure reading. In his inimitable fashion, he called my attention to the writings of Rav Elimelech Bar-Shaul, a contemporary rabbi, writer, and thinker in Israel, who wrote books on Jewish thought. His spiritual articles on teshuvah, tefillah, tzniut, hakarat hatov, judging others favorably, and different middot tovot resonated with me and influenced my thinking, my character traits, and my teaching to this very day. To Rav Lichtenstein, these books were bedtime reading, but they impacted my life.

“When I was asked to become principal of Ma’ayanot (founded by many of Rav Lichtenstein’s talmidim from YU and Yeshivat Har Etzion, with Rav Lichtenstein’s blessing), a school with the goal of serious textual study of Talmud and other Jewish texts for women, I asked him what he recommended for me. My own Jewish education, while extensive and wonderful in Tanach, Hebrew literature, halacha, and Jewish thought, didn’t include much Talmud at the time, as I had been born a generation too early to benefit from that quiet revolution in women’s learning.

“But Rav Lichtenstein encouraged me to take the position and grow with it. He agreed to be the posek for our school, and continued to be accessible and helpful when I had questions about women’s Megillat Esther reading, or about the possibility of a video broadcast of our students’ musical production for the fathers of the girls in the show, or other sensitive issues. He was always patient and measured, calling upon his vast halachic knowledge as well as his awareness of community politics, kevod rabbanim, and sensitivity to the feelings of all involved, in giving me either a decision, or advice about coming to my own wise decision in areas where there was that kind of flexibility permitted.

“He was always steadfast about the halachic process, but open and sensitive to listening to all the factors.”

This review was originally printed in The Jewish Star. Reprinted with permission. 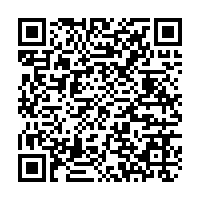