Title: Running from Giants: The Holocaust Through The Eyes of a Child
By Margareta Ackerman
Illustrations by Vivien Mildenberger

Running from Giants is a different kind of memoir, a story of events that no child should ever endure or witness, told simply and clearly. The author, Margareta Ackerman, is that child’s granddaughter, who reconstructed his story from his own articulate retelling: “Somehow, the young boy still lived in those laughing eyes, making sure not a moment of joy was wasted.”

While told from a child’s viewpoint, the circumstances are vividly painted, with just enough left to the imagination. We follow young Srulik from the idyllic memories of a childhood in the countryside to a confused world ruled by giants, where every adult may become a betrayer. From the forests where he had played with his brothers to the prison of the ghetto, Srulik lives by his wits, his luck, and – more than once – the unexpected kindness of others.

Ackerman’s clear, lucid prose throws the harshness of the narrative into sharp relief. This matter-of-fact tone conveys the sense of shock and horror experienced by the story’s young protagonist. And while the words tell us what is happening, Vivien Mildenberger’s simple line drawings convey the emotional impact of the events; of feeling small, helpless, and alone in the face of a seemingly omnipotent enemy.

There is a clarity to this story, due partly to the way a child’s memory is drawn out of the mind of an elderly survivor. Events which at the time would no doubt have been lived in a jumble of confusion and fear now stand out starkly against the background. The effect is a heightened appreciation for serendipity – the sheer unlikelihood of Srulik’s survival. The reader is led through one miraculous escape after another. The element of chance makes it clear that for the vast number of others in Srulik’s situation, the story ended differently. They were one miracle short of survival.

But what also comes out in this stark narrative is that very often it was not miracles that saved Srulik. Rather, it was something even less predictable than chance: human kindness. Time after time, Srulik lived another day because some nameless individual chose to do the right thing.

This crucial thread of kindness seems to me the real lesson – if one can dare to draw lessons from such a dark time. How many others would now be telling their stories to their grandchildren had just one person along the way done the right thing, rather than the easy thing? This is something to think about whenever we feel that nothing we do can make a difference. For Srulik, it made all the difference in the world.

On a personal note: Running from Giants is the sort of book that I would have avoided in the past. The reasons have do with my own memories, which had to be dealt with before I could cope with other people’s memories. Ironically, it is the simple power or Running from Giants that would have put it outside my grasp until I had slain my own dragons.

And now? Now, I would heartily recommend this book to anyone who struggles to understand the human side of the Holocaust. And that should include every person now living. 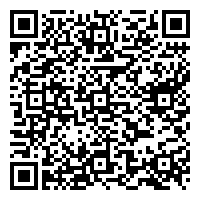