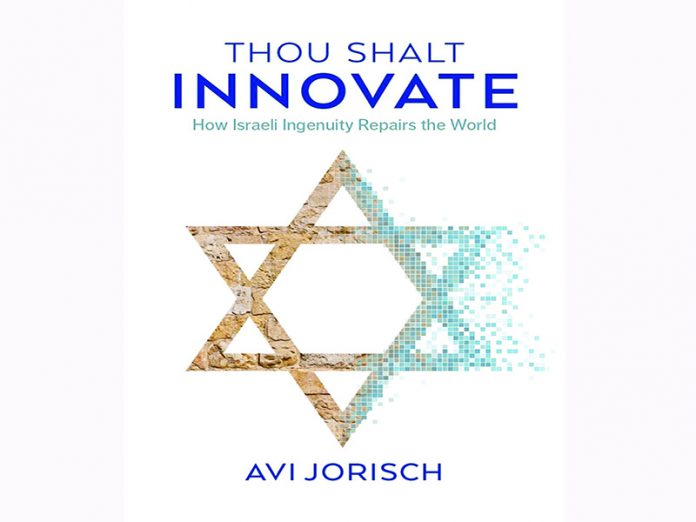 Several books in recent years have shined a light on Israel’s successes in areas such as water and weapons technology and its hugely outsized number of start-ups. The focus of Avi Jorisch’s latest book, Thou Shalt Innovate: How Israeli Ingenuity Repairs the World, is at once broader and more specific: The author hones in on innovations across a wide range of categories, but all share the distinction of having meaningfully improved, transformed, or even saved the lives of people all over the world.

From the GPS-directed ambucycles of United Hatzalah to the sci-fi-worthy missile interceptor Iron Dome to the firewalls that secure the global internet to a tourniquet-like Band-Aid that stems bleeding on and off the battlefield to the ingestible Pill Cam for better colonoscopies and 10 other groundbreaking innovations, Jorisch takes us through the development of each technology – from idea to prototype to reality. In each chapter, we get to know the individual whose creative thinking, hard work, and persistence brought an impossible dream to life.

Perhaps the most moving chapter is the one devoted to ReWalk, the brainchild of Dr. Amit Goffer, an Israeli physician who became completely paralyzed in an ATV accident. Goffer spent seven years developing an exoskeleton that allows paraplegics to walk – even though he himself does not meet the criteria to use it. (He’s already working on a different mobility device for quadriplegics.)

What struck me most about the passionate and tireless innovators profiled in Thou Shalt Innovate is that not one of them undertook the arduous path of bringing a wild idea to fruition with the goal of becoming rich and famous. These men – and a few women – were motivated by a desire to achieve something good. This thread of altruism that runs through the book is, more than anything else, what makes it a truly inspiring read.

Before presenting the 15 innovations he chooses to highlight, Jorisch sets the stage by reviewing Israel’s commitment to the greater good from its very inception. “Throughout the 1950s and 60s, Israeli experts – doctors, engineers, agricultural and water experts, among others – provided assistance across the African continent and earned a reputation for being capable and practical. Part of this decision had to do with garnering international support,” Jorisch writes. But, quoting Golda Meir, “[i]t was far from being the most important motive…. We had something we wanted to pass on to nations that were even younger and less experienced than ourselves.” The story of Israel’s leadership in global development and disaster relief, such as its widely hailed medical mission to Haiti after the devastating earthquake of 2010, could alone carry a book of this kind.

It is no doubt by design that Thou Shalt Innovate offers many vignettes of the everyday economic cooperation that exists between Jews and Arabs in Israel, including companies which employ them together and business partnerships benefiting members of both communities. That’s a picture the global opinionated class doesn’t usually get to – or care to – see. Jorisch also devotes a chapter to a pair of Israeli Arab innovators, husband and wife engineers from Nazareth who launched a cutting-edge medical device company.

Jorisch, an Israeli-American who currently lives in the U.S., is clearly proud of Israel and what our people have accomplished in the face of manifold challenges. Still, right from the preface, he hints none too subtly at his leftist ideology, referencing “the Palestinian territories” and the West Bank as a separate entity from Israel. In the age of BDS, I am reluctant to criticize such an Israel-positive book on that basis, although I am always wary of support for Israel that hinges on a truncated definition of the country. That I was not more bothered by this undercurrent is a testament to how engaging Thou Shalt Innovate is.

Jorisch’s impressive pedigree includes stints as a journalist, policy wonk, expert on the Islamic world, anti-terrorism advocate, and entrepreneur. Nevertheless, I found his personal asides self-applauding, and they distracted from the compelling stories of the inventors.

Despite these minor flaws, Thou Shalt Innovate is a welcome portrait of the genius and generous spirit that make Israel such a blessing to the world. 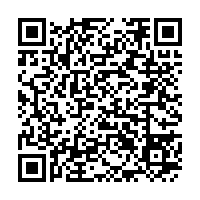