Title: From the Four Winds

Jews would be the most populous group on Earth today if our numbers when we left Egypt more than 3,000 years ago had been allowed to grow in a natural, unimpeded way. But we know from the history of massacres and laws against our people that the rate of Jewish population growth has been anything but natural. How have we survived so many enemies over so many years? How can we have any hope for the future?

Haim Sabato gives us an approach that is unflinching about the cruelty we have endured, yet full of hope for the Jewish future. In his latest novel, Bo’i HaRuach, translated into English by Yaacob Dweck (Toby Press, 2010) and entitled From the Four Winds, he applies the prophecy of Ezekiel 37.9 in the Valley of Dry Bones to our age: Mei’arba ruchot bo’i haruach, u’f’chi ba’harugim ha’eilu v’ yich’yu – “From the four winds come, O spirit, and breathe upon these slain that they may live.”

“These slain” are the Jewish people who were attacked with a ferocity that a small child cannot fathom. The story is told through a young narrator, an immigrant to Israel from Egypt where his family had been at home until 1948. The boy cannot understand the many new people and ways of life he encounters. He knows, for example, that in the ma’abara, the transit camp, the Egyptian ?migr?s are their lively, sociable selves, while the Hungarian ?migr?s ask for quiet. One adult, Moshe Farkash, intrigues him with his kindness, his sudden appearance every time help is needed, and his ability to bring people together, but a secret from a faraway place is evident in Farkash’s eyes. The young boy watches and does not ask: “Everything needed to become clear of its own accord,” he observes on two occasions.

As the boy grows older, Farkash reveals to him what happened in the other world: the cruelty he endured as a boy who lost his father and was apprenticed to a baker – a man who took as his mission toughening up young Moshe; his survival with that toughness in a world bent on destroying him and his people. But these are only the first revelations; an even more painful episode is uncovered when Farkash, on his deathbed, tells his own father’s secret. The narrator goes from being a child to being an adult through his interactions with Farkash, but this final conversation brings him insight into the Jewish soul. He now understands what it means for Jews from so many countries to have their own land, and the miracle of this return despite all the complications.

Out of all this suffering Farkash is able to find joy in life and to bring joy to others. Cruelty did not make him cruel. Sabato follows Farkash’s example and ends on a note of hope. His ending includes the secret of Jewish eternity, but I will emulate Sabato and the narrator (the two seem to be one; the novel reads as autobiography with artistic license) and let the reader discover this for himself.

Yaacob Dweck provides an excellent translation in light of the challenge posed by this kind of text. An incident with a Chinese student in my English class will illustrate this challenge. The student mentioned that in her country people are silent while eating a meal. When I shared this with my husband he responded, “That’s a gemara! – ein masichin bi’seudah.” He took out Masechet Ta’anit and showed me on folio 5b that “Rabbi Yohanan said we don’t talk during the meal lest one’s windpipe will precede the esophagus (in receiving the food) and he will come to danger.” Rashi explains that when a person speaks the cover of the trachea is opened and if food enters there, he is in danger.

Later that evening I told my son that while learning about another culture I discovered something in my own. As I started to tell him what the Chinese woman had taught me, he said, “That’s in Ta’anit – ein masichin bi’seudah.” I laughed and told him that had been his father’s reaction. By the time I shared it with his brothers, and then with my brother and a cousin at a family event, I realized that mentioning to a Talmud scholar being silent while eating will immediately trigger ein masichin bi’seudah.

When translating the work of a Torah scholar from Hebrew to English, nuance presents an enormous challenge. The most ordinary word can bring up ten associations, and the author may be using these associations in the original language for humorous or ironic or profoundly meaningful reasons. Many of us saw an additional proof of Agnon’s greatness in his winning the Nobel Prize upon realizing that the judges who read his work in translation could not have known how many brilliant allusions were tucked into one sentence after another.

Rav Haim Sabato is often compared to Agnon and his translator faces this very problem. To appreciate the full richness of what Sabato has created would require footnotes after every paragraph.

The title of this novel is a good example. Bo’i HaRu’ach was translated “Come, O Spirit” on the publication page of the 2008 original. But a student of Hebrew knows that ru’ach has many meanings – wind, air, spirit, mind, soul, ghost, breath-and is used close to four hundred times in the Torah. Sabato’s title is instantly recognizable in Hebrew as a phrasein the prophet Yehezkel’s vision in the Valley of the Dry Bones. Dweck wisely chooses to translate the earlier words of the verse, From the Four Winds, as the title. The reader who knows the Prophets only in English may recognize the phrase and the vision surrounding it; the reader who has not studied Scriptures may catch an allusion to the blessing before Sh’ma, where we hope that God will “bring us in peace from the four corners of the earth to our land.” Readers in both categories will gain a hint of what is ahead, even with the surprises that are in store.

Farkash lives on after death in the pages of this novel and in the generations of his family. Sabato ends with a hint to the future of that family that contains the secret of Jewish eternity. 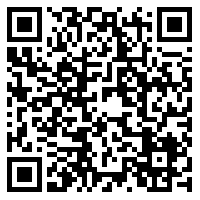