Listening to more than 40 speakers over a nine-hour period can be mind-numbing for even the most dedicated party loyalist, and that was the experience of Democrats at the party’s nominating convention on Thursday, February 17, at the Sheraton Hotel in midtown Manhattan.

The governorship was contested by New York City Public Advocate Jumaane Williams (D-Fort Hamilton, Brooklyn), Deputy Chief of Staff and Counsel at the New York state Senate Paul Nichols (D-Jamaica, Queens), and Congressman Tom Suozzi (D-Glen Cove, Nassau County). Suozzi and Nichols had decided to skip the convention. Williams and Nichols were not given speaking roles, but Williams did speak to delegates at a private breakfast closed to the media. The incumbent, Kathy Hochul (D-Buffalo, Erie County) achieved 85 percent of the support from the delegates; Williams garnered nearly 13 percent, and Nichols scored almost two percent of the delegate vote.

After his breakfast speech, Williams told The Jewish Press that he had told the party faithful “why we can’t go back to normal, why normal doesn’t work, why our messaging of the Democratic Party hasn’t worked. We keep pushing normal on folks and that’s what they’re rejecting and that’s why the Republicans are beating us, so we have to become a different party. I’m planning on winning the primary.”

Meanwhile, Democrats have a supermajority in the State Senate and Assembly, control all statewide elected posts as well as the New York City Council. It is unclear where Williams sees Republicans beating Democrats in New York state, except maybe on Long Island.

Rabbi Joseph Potasnik, executive vice president of the New York Board of Rabbis, opened the convention with a joke.

“The length of my sermon is determined from where I am coming from to where I have to be because I’m composing my sermon along the way,” Potasnik said. “It’s 18 minutes from my home to the synagogue so my sermons are always 18 minutes. Today I drove from Westchester. The traffic was rather heavy.”

“We know the person who hates me today will hate you tomorrow. Let us remember the following: In Hebrew the word for bread is lechem. With [the three letter is this word] you can form two other words. One is lachim, that means to fight. The other word is chalom that means to dream. Sadly, there are some who have to fight for a piece of bread. There are others who dream to fight. We will continue to fight for a dream where all people, regardless of their faith, regardless of what they look like will see each other as members of one human family on the inside and on the outside. Amen.”

Schumer’s nomination was seconded by Senator Shelley Mayer (D-Yonkers, Westchester County). She is also Jewish. However, it wasn’t about being Jewish when Mayer gave Schumer a rousing endorsement on another issue.

“Another special thing to me. Chuck supports women in power,” Mayer gushed. “Chuck recruits women to run and then he supports them to run just like he did for me back in 2006. That’s who he is, that’s what he does and I couldn’t be more proud, at every juncture, no matter what title he has had he always had New York on his mind. The title he’s most proud of is Senator from New York.”

Brooklyn Borough President Antonio Reynoso and Bronx Borough President Vanessa Gibson spoke about Schumer’s many accomplishments in the Senate during the past 23 years. Schumer, 71, also patted himself on the back, extolling the advances he made by appointing more female, Black and Hispanic judges to federal courts throughout the state. (He never once mentioned anything about appointing Jewish judges.)

“We not only have demographic diversity,” Schumer said, “but we have professional diversity for the first time on the bench. For the first time we have three African-Americans as our U.S. attorneys who can oversee the criminal justice system here in New York. My passion and commitment to help everyday New Yorkers is stronger than ever. I love New York. I love representing New York as Senate majority leader and most of all I love working in partnership with you who represent the best of what this state is about.”

Jay Jacobs, the state party chairman, took the stage to pay homage to the rank-and-file committeemen and rouse the crowd to getting the volunteers out and about to get Democrats on the ballot across the state. Jacobs also took a swipe at the Republican Party, comparing it to the Know-Nothing Party of the 1850s, a populist and xenophobic movement made up of a secret society of men.

“It had a lot to say against everything and everybody. They were powerful for a time and they reigned in our political world. Today, not just in New York state but across this country, a new party has emerged. It’s the Do-Nothing Party,” Jacobs quipped. “It is the Republican Party that has become the Do-Nothing Party. They have the audacity, the temerity, to stand there time and again critiquing what we do in efforts to make lives better while they stand by and do absolutely nothing. The Democratic Party are the ones who do the work. We are the ones that get it done. We are the ones that are making lives better. Taking care of children, child care, you know what we’ve done and we’re proud of it. They are the party, the Do-Nothing Party, that just gives people the ideas as to why not to vote for somebody else. That’s their whole message.”

Among the 10 speakers who were not given a platform to nominate or second the nomination of a candidate, was Congressman Jerrold Nadler (D-Lincoln Square, Manhattan), 74, the dean of the New York Congressional delegation and the only member of Congress with a yeshiva education. He was educated at the Crown Heights Yeshiva. His sprawling congressional district includes Borough Park.

“With the leadership of Kathy Hochul, it’s been a new day in Albany,” said Nadler. “I am proud to call Kathy Hochul my governor. Kathy’s hard-working, collaborative approach has delivered results and made government work for all New Yorkers. Since taking office, she immediately went to work solving tough problems. She put forward a strong blueprint to combat the surge of Covid-19, accelerate the state’s economic recovery and create a pathway for more families to join the middle class.”

The most striking speech came from the attorney general upon accepting her nomination for reelection as she took aim at the sexual harassment scandal that brought down the tenure of Andrew Cuomo.

“When women in New York state accuse the most powerful man in the state of harassing them the evidence was clear and overwhelming,” James said. “These women shared their truth. They shared their vulnerability. These were serious allegations that needed to be investigated vigorously and independently and that was exactly what was done…. It has become clear that the former governor will never accept any version of these events other than his own. To achieve that, he is now claiming the mantel of victim and disgracefully attacking anyone in his path. Pushing others down in order to prop himself up. I will not bow. I will not break. I will not be bullied by him or Donald Trump. I am proud to stand by the findings of the report because truth crushed to the ground will always rise again.”

Many elected officials who did not get the chance to speak at the convention were committeemen who voted for the statewide ticket. Some noticed that Schumer was the only Jew on the statewide ticket, with no Jewish jurist on the state’s highest court, the Court of Appeals, Nadler being the only Jewish Democrat in the New York Congressional delegation. There is one Jewish member of the Hochul cabinet, Janno Lieber, the head of the MTA transit system.

“As someone from the former Soviet Union, it’s good to see we have equal representation from different types of people,” Nisanov told The Jewish Press. “Even within the same party you have division and you have different ways of thinking and different ways of doing things. I’m very excited to be part of history.

“It’s troubling to see not a lot of people like myself and so many Orthodox Jewish persons. It’s troubling not to see new immigrants from the former Soviet Union who are running. It’s troubling because it’s the mood in the country as a whole, especially now where people are disaffected by the political system and politics is local. More young people should be enthusiastic and should run for [office] because we live in a country where there is no discrimination. We need that equal opportunity. I have the dubious honor of being one of the few Bukharian committee members in the Democratic Party.” Nisanov is a Democratic committeeman from the 25th Assembly District, represented by Israeli-born Assemblywoman Nily Rozic.

Nisanov said he would like to see the Democratic Party move a bit to the center of the political spectrum. “I think the Democratic Party as a whole went a little too much to the left and it’s too liberal and there are many Bukharian Jews and many Jews who are disaffected by that idea but we have people in both parties.” 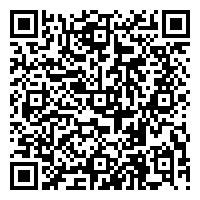