On Wednesday, the 28th of Tammuz, July 18, 2012, the Torah world was cast into profound mourning upon receiving the sad news from Shaarei Tzedek Hospital in Jerusalem. Rabbi Yosef Sholom Elyashiv, zt”l(1910-2012), preeminent Torah sage of the Lithuanian and yeshivish communities throughout the world, had ascended to the greatest yeshiva in heaven, completing a life of immense and intense Torah scholarship and leadership.

Wednesday morning, the 22nd of Kislev 5763 (November 27th, 2002) the third Shacharis of the Jerusalem Rabbinical Conference of the National Council of Young Israel: My distinguished conference roommate, Rabbi Yitzchok Feldman, rav of Congregation Emek Beracha in Palo Alto, California, accompanied me to the Meah Shearim Shtiblech, where minyan after minyan can be found.

On the street level, the building contains six shtiblech with a larger beis medrash above them. Access to the upstairs beis medrash is by way of an outdoor narrow metal staircase. The upstairs shtibel had the distinction of having Rav Elyashiv as its presiding personality. Rav Elyashiv participated in the only Shacharis minyan conducted upstairs, the hashkama (sunrise) minyan that begins immediately before daybreak. As can be imagined, Rav Elyashiv was always one of the first to arrive every morning.

The downstairs shtiblech were renovated in the mid 1990s and are absolutely beautiful – picturesque and memorable. During the renovations, a pious mispallel of the shtieblech wished to participate, contributing his ma’aser (tithe) funds, usually used to feed the poor, toward the purchase of the new stunning bench chairs. He sought permission from Rav Elyashiv to contribute. Rav Elyashiv responded that since the old benches, though worn, were still functional, ma’aser money could not be used for the purchase of new benches.

Wishing to speak advice from Rav Elyashiv, my learned roommate and I arose in the early hours that morning and journeyed to the Meah Shearim Shtiblech as earnest and reverential pilgrims.

The shailo (halachic query) that was the focus of my attention pertained to my shul, B’nai Israel of Linden Heights in Boro Park, Brooklyn, organized in 1924. The shul’s chevra kadisha started a Sefer Zikaron, a parchment Scroll of Remembrance dating back to 1924, for members who had passed away. The entire list of names recorded in the Sefer Zikaron is read aloud at every Yizkor service. As the shul was 78 years old at the time, the list of names had grown very long and was growing even longer.

My paternal great-grandfather was Rabbi Shraga Zvi Tannenbaum, zt”l (1826-1897), Chahter (Mezo-Csat) Rav and renowned author of Netah Sorek. In chapter eight of his responsa, the Netah Sorek dealt with a similar question, allowing a chevra kadisha to recite one kel moleh for all names it was obligated to pronounce at Yizkor. That decision is quoted widely and used in application to similar situations.

I sought some method of compressing the time required to recite aloud the long list of names at my shul. One suggestion was having several men read the names aloud simultaneously, thus dividing the time necessary to have all the names read aloud by the number of men pronouncing them. If the reading of the names aloud would take one hour, having them read aloud by six men would reduce the time by a factor of six, to a reasonable ten minutes.

We found Rav Elyashuv surrounded by an entourage. Those wishing to speak with him in the mornings had to wait until he concluded his supplementary prayers and undid his Rabbeinu Tam tefillin, which were handed to an assistant who put them neatly away. Petitioners could then walk up the aisles and wait between the benches to speak with him.

Interestingly, after prayers Rav Elyashuv strode forward, requiring the petitioner to walk backward during the discussion. The several people who surrounded and attended to Rav Elyashuv followed him and studiously took notes of what he said, continuously comparing transcripts with each other to ensure that every word was correctly captured for posterity.

Once Rav Elyashiv reached the door of the beis medrash,the petitioner would have to retreat backward down the outdoor narrow metal staircase, literally hanging on the side rails with both hands, all the while focusing attention on the every word of Rav Elyashiv’s response.

The Joint Arab List in Israel – A Bridge to Hell 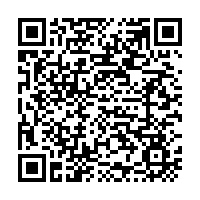