Israeli Prime Minister Benjamin Netanyahu came to the United States and addressed Congress on March 3. His speech outlined the dire threat posed by President Obama’s nuclear arms negations with Iran. Netanyahu outlined a path leading to the possible destruction of Israel, a Middle Eastern arms race, and danger to the entire world if a bad deal were made.

Other groups jump into action when they feel that they are being threatened. Their leaders gather hordes of angry protesters. Their flocks converge before the sun sets on an incident that could adversely affect their community.


They march and shout. They make noise. They let their voices be heard. Authorities accommodate and oblige. No politician wants to buck a dedicated bloc of potential voters.

Jews in America have traditionally been in the forefront of every civil rights, human rights, animal rights, and environmental endeavor. They have moved with alacrity and fought those battles, sometimes even giving up their lives. Inexplicably, though, when it comes to Jewish or Israeli issues, this same activist population has shown a fairly laid back approach.

During the negotiations, an Iranian general declared, “Israel’s destruction is non-negotiable.” Unfortunately, there were no waves of Jewish-led demonstrations protesting the appalling statement. One can only imagine the reaction if another minority group were the recipient of such a proclamation.

Certainly the Jewish world was well aware of the danger of a nuclear-armed Iran; little was done, however. Yes, there were some small local demonstrations. Yes, some rabbis in some synagogues spoke of the problem and some people wrote carefully worded letters to their representatives in Washington, but the loud voice of collective Jewish outrage was not heard.

The Iranian deal was sealed on July 14, four and a half months after Netanyahu’s visit. The details of the agreement were shocking and worse than anyone had imagined.

On the evening of July 22, a rally took place in New York City’s Times Square. Buses brought thousands of participants from cities across the country. The theme of the event was “Stop Iran Now.”

There are windows of opportunity when conditions are optimal for success. This goes for national as well as personal issues. The old adage is true: strike while the iron is hot. Kol hakavod to all who arranged and participated in the rally, but there is still great concern. The incredible showing of Jewish activism seems a little late in coming. The deal has already been agreed upon. The president seems adamant. At this point, even if Congress votes against the pact, it will be very difficult to override the veto Obama has promised.

Jewish tradition says that even if a sword is on one’s neck, one should not give up hope. Let us pray that it is not too late. 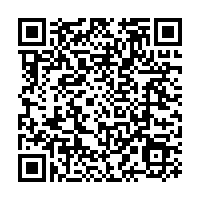