Some Israelis may have forgotten no one has yet actually tracked down the murderers of Ali Bawabsheh, in their desperate rush to make peace with our Palestinian Authority neighbors.

Our endless search for Heavenly dispensation for our sins sometimes leads Jews to seek forgiveness from the closest source of reprobation. Here in Israel it invariably is sought from those who also attack us most often: the Arabs.


This silly self-flagellation with which the Israeli Left bemoans the “hate-filled” Israeli society in Judea and Samaria – which it is not – has done nothing to heal any divisions that do exist.

Divisions do not a murderer make.

In the case of the arson that destroyed the Bawabsheh home, killed little Ali and horrifically injured his young brother and both of his parents, there are some other issues too.

So far, the entire country – in fact, the whole world – has assumed the attackers are Jews.

It is Israelis who are at fault, because Israeli media has disseminated that impression without first confirming it as fact.

That alone is unprofessional, stupid and self-defeating as well as dangerous.

The assumption is based on an “eyewitness account” by Palestinian Authority Arabs who may or may not have had their own agenda and on Hebrew-language graffiti spray-painted on the walls of the home.

But both are being re-examined.

It turns out that two homes were torched, for instance – not one as previously reported. The Palestinian Authority reports the perpetrators allegedly torched the first house but upon finding it empty, then moved along to the second, where they seized victims. They also stayed long enough to ensure their victims would be injured in the conflagration they caused with the Molotov cocktail they threw.

Yonadav Tapuchi, a young Jew who lives in Samaria, joined a group condolence visit to Duma on Sunday with the Tag Meir organization. He subsequently described the visit in a post on his Facebook page, saying it was “difficult.”

The Bawabsheh home was not easily accessible, Tapuchi noted, and to make sure a fire got started there was not so simple. There were protective decorative iron screens on the windows in addition to a wall around the home. From a geographic standpoint, he also said it seemed hard to understand how the attack could have been carried out by Jews.

Moreover, due to the way the house is situated, the arsonists had to go around the house, enter the yard, and maneuver the firebombs through the lattice.

“According to the Duma version, the attackers entered the house, stood over the parents and did not let them leave until the flames engulfed the house. Only then did the arsonists flee the village,” Tapuchi wrote.

The graffiti is also interesting, and is suspect for a number of reasons relating to the content and the style of calligraphy. Neither matches the typical “price tag” graffiti profile.

Both of the homes that were torched are located in the center of a large and sprawling village. Duma itself is located near Shechem which is also a hotbed of terrorist activity.

It is hard to believe that no one would have seen a group of four Jews sneaking around an Arab village, let alone sneaking through that village to torch two homes.

Also, there are often Canaanite dogs to be found in such places, because the Arabs use them as guard dogs for their flocks. It stretches the imagination to think such dogs would not have made a sound with strangers in the village. Even donkeys, sheep or goats in the area would likely have raised a ruckus, and that alone would have brought others to see who was there. 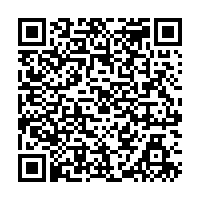