Since this column’s inception (the newly named and inaugurated “Chronicles of Crisis” in November of 2004), we have confronted and addressed a diverse set of issues. Invariably, our goal has always been to alleviate the suffering among our people.

An ultra-sensitive topic that has over time raised much controversy, both in respect to the sensibilities of our readers and in defining the malady as well as determining its cure (debate has in fact raged as to whether it is a malady or if a cure is in actuality achievable), is now disseminated in a newly released publication titled Light In The Closet: Torah, Homosexuality and the Power to Change.

The sheer wealth of information crammed into this 575-page book is mind-boggling. The author spent five years compiling the impressive tome and, to his credit, virtually no question seems to have been left unanswered. Myths are explored, concerns are confronted, and disputes are elucidated upon – by any stretch of the imagination no easy undertaking in this volatile arena.

As the title indicates, the Torah’s delineation of the subject matter, plus everything else that pertains to human sexuality and behavior is thoroughly covered and meticulously documented.

Arthur Goldberg, co-founder and co-director of JONAH (Jews Offering Alternatives to Homosexuality) has managed to complete his compelling task without air or flair, which contributes to the book’s genuine essence.

The author is as candid about himself as he is about the subject he tackles with candor and forthrightness; he freely admits to once having been a “…social liberal adhering to the politically correct view that people with these issues were ‘born that way…'”

Mr. Goldberg offers a concise outline of his goal early on in his manual: “This book is…intended to serve a dual purpose: (1) to give hope and direction to strugglers who are still thrashing around in a closet of confusion and despair; and (2) to educate the Jewish community at large to a better understanding of the issues, and to an awareness of the great need for their guidance and moral support.”

Indeed, this book should serve as a source of enlightenment to those who are completely unfamiliar with the SSA struggle yet prefer to evade the issue altogether… and who will perhaps be inclined to stop reading this article at about this juncture. Taking a moment to recall the anguish of the SSA sufferers who have previously bared their pain and frustration in this space may conceivably move the uninformed to want to know more.

This volume should moreover become a permanent addition to the libraries of those who, by virtue of their position in the field of education, are prone to be confronted with the issue of SSA. Even those confident in their knowledge of this affliction may be in for a surprise.

By the end of the first chapter, it is already made clear that the author has taken on a cause he passionately believes in. “Isolated and alone, unaware that help, healing and support are within reach, many of these strugglers do not know which way to turn. They are told by gay activists, ‘You can’t change;’ by ultra-conservatives, ‘You are loathsome;’ and by the majority of psychologists and psychiatrists, ‘Accept your gay feelings and act upon them – even if this might be in conflict with your internal values.'”

He then wraps it up in his straightforward style: “Such attitudes are not merely wrong. They are contemptible, immoral, irresponsible and potentially lethal.”

Each successive page turn of Light In The Closet has the potential of peeling away the layers of darkness enveloping the hearts of young men and women who grapple with their sexual identities and of bringing light and healing to their existence.

By this time, I can envision the skeptic reader sharpening his pencil in readiness to charge me with being in collusion with the writer and/or publisher of the book. Please allow me to spare you the trouble and remove any and all suspicion: For the record, I have absolutely no affiliation with JONAH and have, for that matter, neither spoken nor ever met with the book’s author, Arthur Goldberg. As for the publisher, Red Heifer Press (whom I humbly beg to forgive my heretofore cluelessness), this is the first I’d ever heard of them.

And so it is not simply I who see this work as an extraordinary accomplishment. The book’s detail is astounding, as is the research that the author has obviously punctiliously carried out. Best of all, this gold mine of information is now handily accessible to both the “informed” and uninformed. Ignorance can create a barrier to understanding, and Light In The Closet sheds light on a subject that has intimidated many with the “fear of the unknown.”

Most importantly for the frum sufferer, the Torah perspective throughout the book is breathtaking. The third chapter, for instance, deals with sexual morality as defined by the Torah and Talmud, while the seventh discusses what the Torah says about female homosexuality. The second and fifteenth chapters are devoted to case histories and testimonials, and the eleventh delves into the Jewish process of “Return, Rebirth & Healing.”

For the benefit of the reader who may argue that this analysis projects but a heterosexual’s point of view, I have personally taken the liberty of acquiring an SSA male’s perspective – from a well-known media personality thus inclined for over 35 years now. 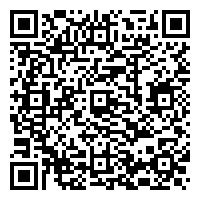