I am trying to find the right words to explain the reason I am writing this letter and seeking your guidance, because it really does not affect me directly. However, it does affect someone I dearly love and I can’t stand by any longer and watch her suffer. I know that she will never acknowledge that there is anything wrong, even though she has indirectly intimated that she is not as happy as she should be. So, I am taking it upon myself to stand for her and seek help in directing her as to what she should do at this early juncture to avoid a lifetime of misery.


Five months ago my twin sister got married to the nicest guy in the world, a gentle spirit who does everything he can to please her and make her happy. I couldn’t have been happier for her and for them both, they made the perfect couple. His family, too, seemed to be comprised of sweet, caring people who literally accepted my sister into their family as if she had been born into it. Wedding plans went off without a hitch, both sets of machatanim seemed to be on the same page and agreed with each other on all the arrangements and expenses, so we were all excited about the marriage. It almost seemed too perfect to be true. And you know what they say about something that is too perfect? That the hidden imperfections unseen at the outset will appear a bit later in the fairy tale! And it has.

That magic glow conferred on newlyweds began to tarnish about a month after the wedding. I noticed something was amiss with my sister, something no one else could notice except her twin, because we were so close, we knew each other’s thoughts, could finish each other’s sentences and knew what was in each other’s hearts. I saw a cloud over her eyes when I visited with her one day, and when I asked what was wrong, she brushed it away with a forced smile and said I was imagining it. So I let it go, thinking that perhaps she was right.

In the ensuing weeks, the changes in her were much more visible to me and I was sure that something was very wrong. This time she did not brush away my questions, but said that she was having a bit of trouble with her mother-in-law. The woman was constantly coming over uninvited and sharing her ideas with her son, not bothering to include her in the conversation as if she weren’t even present in the room. She commented on the decor of the apartment that my sister worked hard to put together, stating that the couch and chairs were not good for her son’s back and critiqued on the quality of fabrics she chose for linens and bedding. Her son was used to sleeping on 100% cotton bedding. She then went out and bought new bedding for them and undergarments for her son so that he ‘wouldn’t get a rash’ from the rough materials my sister bought. My sister was quick to say that this meddling mother-in-law did everything in the sweetest way, with a smile and always defended her actions by saying ‘she wanted the best for both of them.’

Well, now it is five months after the wedding and my sister is visibly miserable. There is nothing her mother-in-law hasn’t changed in her apartment. With each new exchange she made she always followed by ‘only wanting the best for both of them.’ It seemed that no one noticed the change in my sister, so I decided to write to you and ask if this was a sign of worse to come. My sister won’t hear of leaving her husband who, to be honest, she never complained to about his mother so he is unaware of her discomfort and budding anger with his meddling mother. So there it is in a nutshell. Please enlighten me on the correct course of action to set this mother-in-law straight and back out of their lives. I look forward to reading your reply and will follow your wise council.

I always wondered what it was like being half of a twin and often wished I had a twin sister to be close to and share my deepest secrets with. But all I got was two younger brothers, one who loved fishing more than a close relationship with his older sister and the other who wished I had been his older brother! Oh well, there’s much we can’t control, we need to play the cards we’re dealt and say “hodu la Hashem!”

Getting back to your dilemma, Thank G-d it’s not a life and death crisis although, to you and your sister it may seem so. Ever since Hashem created Adam and Chava, the first human parents, there has always been issues with in-laws. For some reason, mothers and fathers-in-law have quite often become the scourge of marriage, a price daughters and sons-in-law were made to suffer if they chose to marry their partners. And it seems that umbilicus that was severed at birth magically reattached itself to the young bride or groom leaving the nest and seeking to feather a nest of their own. Annoying at best and destructive at worst to a young marriage is a parent who mentally and emotionally cannot separate themselves from the fact that their offspring has sprung off and now belongs with another, and they must do the same.

Most in-law mothers and fathers are, by and large, harmless. The wise mother-in-law will try to forge a relationship with her new daughter-in-law by staying at a distance and always be on call to spend time with her son’s wife or visiting a daughter and son-in-law, when invited. That is how trust and bonding begin and stands to grow into a strong, respectful and loving relationship as time and new little additions change the family dynamics. A smart daughter or son-in-law will understand what his or her in-law parents are going through and with compassion and respect, set realistic boundaries far enough to not impede on their privacy, yet close enough to allow the relationships to evolve into a cohesive extended family unit.

You would be wise to encourage your sister to sit down with her mother-in-law and, possibly over coffee and cake, gently explain that by loving her and her son so much with her ever-presence and her taking liberties to replace things because she loves them so much, she is actually causing the exact opposite outcome! If she is unaware that this is causing a problem, she can’t be held accountable for her actions. Conversation is always the best alternative to solving differences of opinion. So let’s start there. Of course, there are some in-laws that are determined to move in with the young couple, figuratively, and those are the ones that end up being the catalyst for a broken marriage. I don’t think your sister’s mother-in-law is the latter, I feel she just doesn’t know how to stop being a hands-on mother and now includes your sister as one of her own. Nothing that a little sit down and iron out conversation won’t fix.

Your sister is lucky to have you as her twin and that you love and care so deeply for one another. But it would be wise and ultra considerate of you to give her and her new husband some space as well, just till she’s gotten past Shana Rishona, and established her life with her husband. Someday she will be able to be there for you when you get married. Just remember, every mother-in-law is someone’s mother first, and it’s very hard for some mothers to step away from that role and give it over to someone else. Remember, too, that one day she and you will be someone’s mother-in-law, so be caring, compassionate and understanding of that role, unless you want to end up being the mother-in-law no one wants to visit and keeps at a distance! 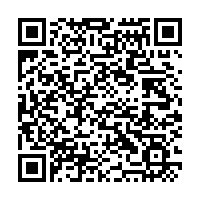