There is a big focus in our community on those youths who are at risk for going “off the derech.” However, I am an optimist. Let me explain.

As Jews, what is our priority? What are we trying to cultivate in our children? I would say it is a love of Torah, a critical mind, and the discipline, habits and middos that will empower them to move forward throughout their lifetimes.

As a Krav Maga instructor, I have dealt with what some would call the “cream of the crop” of yeshiva bochurim as well as what some would call “problematic” talmidim. In both cases I have seen that in order to steer them in the right direction, one need only to grab their attention, i.e., teach them, with the appropriate stimulus, and direct their enthusiasm towards our goals as Torah-observant Jews.

For those considered the cream of the crop, grabbing their attention is not so difficult. Young men typically have a lot of pent up energy and an affinity towards the more masculine things. For bochurim who are innately talented and have the ability to sit and learn, I find that a physical outlet like exercise, sports or martial arts training renews them and makes their focus in the classroom laser sharp.

I teach two brothers who are a few years apart in age but are both at the top of their respective classes. I’ve seen the younger one solve a Rubik’s Cube in less than a minute (I’m a child of the 80’s and can’t help but be impressed by this). They train hard, learn well and leave the training sessions physically spent and emotionally renewed. They could get the same effect by playing basketball, if that was where their temperament took them. When you engage our youth through the vehicle that they find most appealing, you maximize their education experience and keep them of sound mind, body and soul. Interestingly enough, most of my adult students come from this group. Or at least they seem to.

For my students with motivational problems in yeshiva or whose parents fear they are going off the derech, martial arts training can be an excellent tool to bring them back to their true self. As I mentioned before, young men typically enjoy doing masculine things. You will be hard pressed to find a bochur who does not want to know how to defend himself or who isn’t interested in getting stronger or more skillful in his chosen sport. But not every young man enjoys a team environment or has the confidence or temperament to play well with others (yet). For those young men, the individual pursuit of excellence at one’s own pace that martial arts affords is invaluable.

I have been training a particular bochur for a number of years. His parents brought him to me because he had very poor muscle tone and coordination. He was also taking medication to help him concentrate and behave appropriately in social settings. Fast forward a few years from our first meeting and he is a counselor in training (CIT) at a summer camp that hired me to run a color war competition. It was such a rewarding experience to see him participate and do well in the competition, physically and socially. I would like to think that his physical improvements, which gave him the ability to successfully compete, had as much to do with the improvement in his social skills as the medication he was taking.

Another student who was considered problematic and in danger of going off the derech is actually very intelligent. His parents explained that he had a few bad experiences with certain teachers that just turned him off from learning. In addition, he is very physically inclined so he didn’t like to sit and learn. Without a proper outlet, his innate intellectual curiosity led him to drugs. Baruch Hashem, he took to Krav Maga training immediately. His innate creativity expressed itself during our sparring sessions and I actually modified some of the techniques I teach because of his insight.

Suddenly he had a reason to stay healthy and keep away from drugs when he realized his sparring sessions were suffering from his reduced endurance. In addition, it was just easier to act like a mentsch when he had an appropriate outlet for all that pent up teenage energy. Does he like learning now? No, not yet. But he learns more than he used to, keeps away from drugs and as far as I can see, is on the right derech. Further improvement will be a function of maturity, time and consistency. Had we not engaged him in the appropriate manner we may have lost him.


Not all of my students are kids. I am fortunate enough to train some pretty well-known rabbis. One of them actually told me that sports saved his life. Were it not for sports and his coaches he would have had an excuse to waste time, do drugs and ruin his life. Now, baruch Hashem, he touches the lives of so many people in such a positive way. Our educational system, with all its faults, is teaching our children the right things. The trick to reaching as many children as possible is to engage them in the way they want to be engaged. Krav Maga and martial arts is an excellent way to do so for many of our young bochurim. That’s why, as a non-traditional educator, I am very optimistic for our children. And you should be too.

Eilon Even-Esh is the founder and head instructor of Shomer360, an organization whose mission is “to instill strength and confidence through world class self-defense techniques within a Torah observant framework.”

Eilon started his baal teshuva journey while attending Columbia University and now is fortunate enough to attend the RIETS pre-smicha program at YU. He has served in both the IDF and in the US Marine Corps. He can be reached at www.shomer360.com. 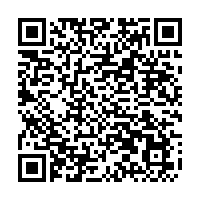