Estee and Chaya had gotten together for a playdate with their two sons. The women were lucky to have their children within weeks of each other and the boys’ second birthdays were quickly approaching.

“Do you want pasta, Avi?” Estee asked her son. Without looking up, Avi shook his head.


“Okay, would you like a cream cheese and jelly sandwich?” Estee tried again. This time, Avi looked up and licked his lips vigorously. He then reached out his hand impatiently to let Estee know he was ready.

Seated in his own booster, Dovid was playing with a small truck on the table. Chaya bent down to talk to him, “What about you, Dovid? Would you like pasta?” Dovid looked up, but did not respond. “A cream cheese and jelly sandwich?” His mother continued. Again, Dovid looked at his mother, but then returned to playing with his truck.

“Maybe. But, usually, if I show him the food, he will want it.” Sure enough, when Avi started eating his sandwich, Dovid began yelping to let Chaya know that he wanted one too.

Both Avi and Dovid do not say many words even though they are nearing the age of two; however, they exhibit very different symptoms. While most children speak by the age of two, doctors distinguish between late bloomers and those with potential language development issues through the following criteria:

What About Development Delays?

However, what if there is something else going on? What if your child is not simply a late bloomer? What if he needs early intervention in order to help him attain language?

The first possibility that your doctor will look into when examining a late talker is the possibility of hearing loss. Some children with chronic ear infections will experience temporary hearing loss that can result in late talking. This possibility, while frustrating to you and your child, is easily remedied through multiple therapies.

Chronic lack of communication might indicate autism, though only a health professional can give you a true diagnosis. Autism is a general term for a group of complex disorders of brain development. These disorders are characterized by difficulties in social interaction, verbal and non-verbal communication, and repetitive behaviors. Disorders on the autism spectrum include: Asperger Syndrome and Rett Syndrome. Here is a breakdown of the different symptoms:

Late talking (after the age of two), and other developmental delays by 30 months
Chooses to play alone, rather than interact with others
Repetitive movements such as rocking, spinning, or hand-flapping

Half or more of the children with Rett syndrome have seizures
Normal verbal development until around 12-18 months, then a subsequent loss in the ability to communicate
Slowed growth, especially apparent in head size at six months of age

Though autism cannot be cured, early intervention therapies for disorders on the autism spectrum greatly improve language and social interaction later in life. These therapies often include the whole family and trained therapists, and the earlier the therapy gets started, the better the results!

Some Words of Comfort

Language is difficult. Late language development is a very common delay, affecting 1 in 10 children. That’s because communicating is so complicated. It requires understanding as well as speaking, and these skills develop differently.

He’s the “silent type.” Personality also plays a role in talking. Some children are naturally quiet and prefer to listen to others rather than contribute. To that end, you can try to get them talking by singing songs, telling nursery rhymes, mimicking sounds and encouraging them to mimic you. Last, but not least, books are a great resource to get your child speaking. Point and name things in the pictures and ask your child to point and name.

Every child is different. While it’s hard not to compare, don’t! Looking at your friends’ children will only give you cause for anxiety or immodest pride. Every group of children will include some early learners, some average learners, and some late bloomers. And depending on the skill, children will fit into many different categories. 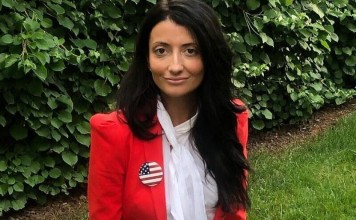 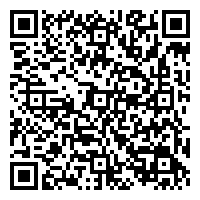