Over the years, I have learned how much our thoughts control our feelings and, in turn, how much our feeling control our behaviors. There really is a sequence to the way our feeling develop and what the results of those feelings will be.  I often find myself telling clients, “There is no such thing as emotions!”  Then I wait for their reactions.   My hope is that the client will challenge me, as obviously we all experience emotions.  It’s the way we are wired.

My next step is to explain that this statement is incomplete.  In reality, there really is no such thing as emotions … without though.  All of our emotions are the result of how we think about a situation, in other words how we understand what we see, what we hear from others, how our brain translates the situation, etc.  The way two people understand the same statement can result in their having very different feelings and reacting in very different ways.


An example of this phenomenon is the client who came into the office very upset.  When exploring he origins of her feelings, she said that while she was on the way to the appointment, her boyfriend kept calling and asking where she was. An innocent enough question for one person can become very provocative to the next.  When asked why that question bothered her so much, Sheryl answered that he called several times asking the same thing.  Once again, “Why did that question bother you so much?  In other words, what were you thinking that resulted in you being so angry with him?”  Sheryl finally said that she thought he was being controlling and treating her like a child.

This sequence is consistent in all our emotions.  When something unpleasant happens to us (trigger), our brain immediately begins the thought process (evaluation and trying to understand based on our own life history), which promotes a feeling.  Emotion leads to an action or behavior.  Therefore, negative thoughts lead to negative feelings which lead to negative actions.  This sequence of events is consistent in all our patterns of feelings and behaviors, whether a child, teen or adult.

Another life lesson I have shared with clients over the years is the concept of the “Anger Circle.”  Some readers may remember a series on anger management I wrote in 2010 in which I reviewed the Regesh anger management program.  Anger management has become a large part of our out-patient services for teens and adults.

Someone once asked me the following question: is there more anger nowadays or is it that people are more ready to work on their anger issues?  Personally I believe it’s both.  Quite some time ago I realized how contagious anger is.  That is, when one perceives that another is angry with them, one will in turn become angry with the other person.  Observe the interactions between those around you.  When the parent is angry with a child, the child becomes angry with the parent. Usually, when that happens, the anger is not for the same reason.  For example, the parent who is angry at the teen for coming home late finds the teen angry at him for effecting a curfew or for the way the anger is expressed – or possibly some other reason having nothing to do with the situation. Anger is contagious and a major component of anger management is not letting oneself get caught up in someone else’s anger circle. 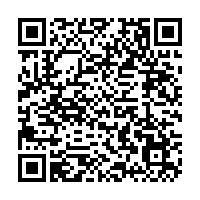