Shelly came in for therapy due to her severe depression and anxiety. Her sense of self was nil; she felt useless and a failure and was scared of what for most of us are regular daily events. During her therapy sessions, Shelly was able to discover the relationship between her mental health problems and the fact that she grew up with a single mother who had her when she was only eighteen years old. She remembered her mother constantly criticizing her and blaming her for taking away her own teen years. Shelly never knew her father or grandparents and was rarely praised for anything. Now, at twenty-four, she is unable to stay in a meaningful relationship, has changed jobs frequently and is always sad.

Regesh’s approach of working with children and youth within the context of their family has been greatly successful. However, this approach alone is not what helped us accomplish that. Over the years we have come to realize what our “secret weapon” is. Whether it’s working with kids in residential treatment, in school-based programs, in family therapy or with kids on the streets, positive changes in the child (and adults as well) stem from promoting and enhancing his or her sense of self worth or self-esteem. Of course, there have been volumes and volumes of literature on self-esteem. However, I want to share with you an approach we have used to develop good mental health in ourselves and our children.

Where does positive self-esteem come from? When does the development of positive self-esteem start? Almost at birth. Good self-esteem and basic trust develop from our caregivers who promote feelings of success within us. This is primarily done in one way – praise, praise and more praise. When infants hear positive adult excitement – for example, when they turn over, smile, clap, or just open their eyes – their brain interprets this feeling as goodness. As the child gets older and understands language, the verbal praise is interpreted in positive ways as well. After the initial caregivers, in the best case scenario, the child then gets good reinforcement from teachers and peers. This external praise and positive sense of self continues to reinforce the child’s self-esteem.

Here is where your personal “battery” comes in. Imagine your self-esteem as an internal battery. The battery is being used constantly throughout one’s life; day in and day out. A person’s sense of self is constantly challenged throughout the day – we face confrontations, criticisms, and personal challenges at school, work and in relationships. Like all batteries, as it’s used, it must be recharged. As noted before, when we are young our self-esteem batteries are recharged by others. Hopefully, our caregivers, teachers, friends and others are reinforcing the positive self-esteem in our daily living. Throughout this period, the child’s battery needs to be recharged and is done so primarily by external praise and reinforcement of others.

However, with time, something major happens. We call it “adolescence” and it’s a difficult transition for all involved. A major component of adolescence is developing one’s own sense of self-identity. A common stress for adolescents is trying to figure out “Who am I.” In fact, the rebellious nature of teens is usually their only means to establish this sense of self. The teen does this by rejecting and pushing away those he believes are holding him back from developing his own self-identity. Rather than allow himself to be identified as the child of his parents, he tries to become his own person. It is during this period of time that we will hear comments like, “Let me make my own mistakes.” “Leave me alone.” “It’s my life.” and other such phrases. This developmental phase of rebelliousness is noted by pushing others away, and instead of having their parents supporting them and reinforcing them, the teens will create situations that cause their parents to reprimand and distance themselves. The problem, for the most part, is the lack of their self-esteem batteries getting recharged by others. That is, instead of getting praise and feeling good, the teen often feels rejected as he rejects others. 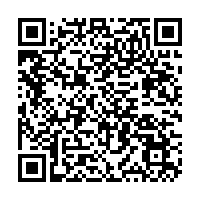