The first synagogue in this series was Baron Hirsch, a grand synagogue with a centuries-old history. At the other extreme is The Hollywood Shtiebel, a minyan meeting in a house converted to a shul only three and a half years ago in Hollywood, Fl. What they have in common is fulfilling the needs of the local community, something “The Shtiebel” has proven itself to have done, multifold.

The origins of The Shtiebel begin with its founders Ephraim and Yael Sobol and Ephraim’s father Shlomo a”h, a co-founder of the Young Israel in West Hartford, Connecticut. The new shul was designed to be a copy of the Grodno Synagogue in Poland where Mr. Sobol had spent his childhood. As much pride as he had in his synagogue, a statement in the Mishna Berura that said talking in shul creates a bonfire disturbed him. In 1983, the Young Israel was set ablaze by a horrific act of arson. That had a deep impact on Shlomo and the way Ephraim feels about davening.


Ephraim understands that shul feels like a home – and with comfort and familiarity comes the tendency to act more casually. In reality, a shul is not our home, it’s God’s home. He says that we haven’t done a good enough job of emphasizing the sanctity, of respecting our Beit Knesset as a house of worship.

Some shuls believe they have to provide their congregants with a Jewish experience “in one sitting,” thus services on Shabbos mornings have become bloated affairs, leading to disinterest and eventually bad habits. The Shtiebel offers “a la carte Judaism.” Some attendees come just for learning, others just for davening. There are those who come for both and those who are what they call JFK participants (Just For Kiddush). They offer a full service menu with participants able to choose only those components they desire.

Aside from familiarity, Ephraim attributes talking during davening to more than the yetzer hora. The average person’s attention span is a major obstacle, with improper prioritizing being another one. When we walk into a room, we can choose with whom we want to speak. Prayer is our opportunity to talk to Hashem. When we are in a house of prayer and choose to speak to anyone other than HaKodosh Baruch Hu, we are saying that God is of a lower priority than our seat neighbor. We have become desensitized to the offense to Hashem’s glory. Old habits are hard to break in spite of the vivid terminology used in the halachic requirements of not talking. 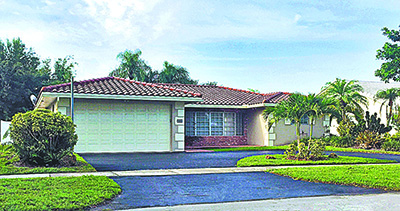 As to the attention span, Ephraim analyzed where the breakdown in concentration is most likely to happen. He feels that the great number of kiddush clubs are a natural outflow of needing time for a break. Thus time became an important element in Ephraim’s concept of efficient davening.

Over the past twenty years, Ephraim tried to influence various minyanim and inspire others to understand that talking while davening is symptomatic of a disconnect from Hashem. For five years, he gave a Shabbos shiur at Aish HaTorah and spends a great deal of his time learning.

Ephraim looked at us and asked, “Are you annoyed? Was it rude of me? Did you lose your concentration? Just think of how Hashem must feel when we do that to Him. Asking someone if they remembered something or telling them to remind you about something is worth interrupting your conversation with The Almighty? It is chutzpadik to think that what you have to say should take priority over your tefillah, your asking, your thanking, your communication with our Heavenly Father.”

The fact that I am telling this to you so many years later shows how much of an impression it made on me. It emphasizes the fact that if one talks during davening, one does not really believe that he is standing in the presence of the Creator of the Universe.

For twenty years Ephraim tried to convince other shuls to have a talk-free zone. And then one day he asked himself if he was willing to tolerate mediocre davening for the rest of his life. He knew it was time to not just start a new synagogue, it was time to create an atmosphere that assured that davening with kavanah was an attainable goal.

Hollywood, Florida has a vibrant and growing Orthodox community. There are currently more than ten synagogues in the area of the frum community. It wasn’t so pioneering to start a new kehilla, but it was gutsy to create one where everyone walking through the door knew he or she could not say a word from the beginning of davening to the end. Ephraim was determined not to stand on the street looking for the tenth man, yet he did not know how long it would be before he had a minyan on Shabbos, much less one with regularity.

Ephraim and Yael found a house in an ideal location. They solicited the help of a few friends whom they knew would want to be involved. Renovations were made and The Hollywood Shtiebel opened its door just before Rosh Hashanah, 2014. Not only was there a minyan the first Shabbos, as word spread, the throngs flocked. Although there were no dues or membership fees the first year, the one condition of joining was that membership must be maintained in the person’s current shul. There could be no machlokes. All of the local rabbis accepted the idea. This was not to be a breakaway minyan, nor would it subscribe to a particular sect – its sole purpose was to prioritize the sanctity of the atmosphere of prayer.

On most Shabbosim, there is a full house with approximately 75 men and 25 women. There are two children’s classes with about 30 children. On Yomim Tovim there is standing room only. There are approximately 60 families paying dues.

And not one word is spoken. Latecomers are greeted with a nod of the head, not with handshakes, air kisses, nor verbal greetings. As one would assume, davening is taken seriously so the stragglers are infrequent. There are no “ushers,” no element of enforcement.

Firstly, success can be attributed to the desire of the attendees to be in an atmosphere that promotes kavanah. Then there is Ephraim’s concern with attention span. Davening begins at 9:30 and ends at 11:30. Yet, it is slow and articulated, progressing efficiently. Pesukei D’Zimra should take a full thirty minutes. There’s even a sign on the bimah that say, “Do not start Shochein Ad before 9:57.” As Ephraim says, “You will never have a slower davening done so quickly.”

I must add that The Shtiebel is one of the few places where I can finish Shemoneh Esrei before the shaliach tzibbur starts the repetition. Ephraim says, “We’re like the Navy Seals. We’re experts at what we do and we’re highly efficient. We get the job done, and we do it right.”

One of the timesaving features is limiting the “extra prayers.” The only tefillot added during the Torah reading are for cholim, Israeli soldiers, and the Mishaberach of the Tosfos Yom Tov. Any prayers for our government, Israeli government, missing soldiers, current tragedies, etc. may be said privately on one’s own schedule. Honors and aliyot announce the name of the honoree only, not the wife and in-laws and the whole family. Davening ends with the times for minyanim and the sponsors of kiddush; the weekly bulletin can be found on the website.

There is no rabbi’s speech. For a drasha, Ephraim gives his amazing Sobol Says Parsha Shiur at 8:45 every Shabbos morning. The rav of the shul gives a halacha shiur before Mincha on Shabbos with about 50 men and women attending. There is abundant opportunity for learning on Shabbos and during the week including the Rav’s shiur, the Daf HaShavuah Program, shiurim for women, boys Beis Medrash, Avos U’banim, Mesilas Yesharim, Chovos Halevavos, Dirshu Amud Yomi, and private learning. There is now a daily minyan for all three services.

Lest one think that the members are comprised of a group of sterile, anti-social or disinterested Yidden, there is plenty of time for talking – at the kiddush! The lavish hot kiddush is the perfect atmosphere for schmoozing with friends and neighbors. Lingerers can frequently be found well over an hour after services have ended. The social aspects are reflective of the congregational makeup. You don’t see the kollel wives in one corner with the matrons in another. The membership is comprised of a myriad assortment of ages and backgrounds. There are the black-hatters, occasional shtreimel wearers, a large contingent of baalei teshuva, and the warm and friendly atmosphere even encourages the not-religiously observant (yet) attendees.

However, when it was time to hire a rabbi, the emphasis was on one who could inspire the kollel men, as well as give a meaningful drasha to the more mainstream and less learned members. After two years Rabbi Moshe Schreck was hired to be The Shtiebel’s spiritual leader. Born in NY, Rabbi Schreck, his Rebbitzen and family moved to Hollywood from Melbourne, Australia.

It seems that every endeavor The Shtiebel undertakes is met with unimaginable success. Ephraim and Yael feel that the Yad Hashem is obvious. Maybe the rewards are not only because Hashem is hearing the needs, but the requests and gratitude are being proffered in an environment of reverence and sanctity.

Although the feeling of leaving services adhered to so reverently is exhilarating, it is extremely difficult to hold the standard when attending other synagogues. It’s painful to ask someone during Chazaras HaShatz if we can wait until after Shemoneh Esrei to shmooze. It seems so rude when someone asks how you’re doing and you respond with a thumbs up sign, and they say something like, “Oh, it must be something you don’t want to talk about it.” It’s somewhere between sad and painful to be in services where you know what the potential is both for meaningful davening and to watch in silence while others commit a serious transgression, over and over.

There are many words to describe davening at The Hollywood Shtiebel: meaningful, beautiful, Heavenly! The Shtiebel’s logo says it all. It says it quietly and efficiently, just like the davening. 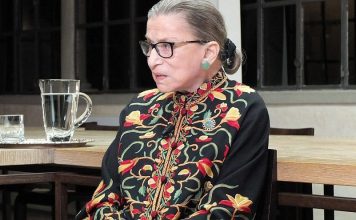 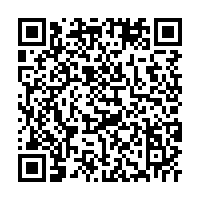