This week I acquired a first edition of a sefer authored by the Vilna Gaon (1720-1797), titled Ayil Meshulash, printed in Vilna/Horodna in 1833. 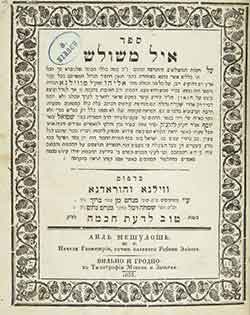 This sefer – on the “properties of triangles and geometry, including some rules of astronomy and algebra” – is unusual in that its author is one of the greatest figures in rabbinic history, yet its content is not religious in nature. It’s also the only book we have of the Vilna Gaon that’s an independent work rather than a commentary written on an existing sefer.


The Vilna Gaon is known to have valued all fields of knowledge and educated himself in them as tools to understand the Torah. His student, R. Yisrael of Shklov writes:

“This is what the Gr”a said, ‘All knowledge is necessary for our Holy Torah and is contained therein.’ He knew them all thoroughly and mentioned them – the wisdom of algebra, trigonometry, geometry and music, which he greatly praised. He used to say that most of the inner meanings of Torah and the secrets of the Leviyim’s songs and the secrets of the Tikune Zohar cannot be understood without [studying music]. 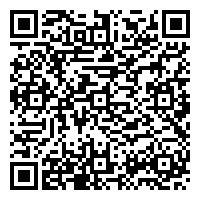