Seventy-eight years ago, King George VI of England requested that March 23, 1941 be observed as a National Day of Prayer. On that day, 500 Jewish and Christian internees from Onchan Camp assembled in Palace Coliseum in Douglas – the capital of the Isle of Man – to attend a special service. A chazzan sang the 130th psalm in Hebrew and a young rabbi read Isaiah 35.

But what were Jews doing on the Isle of Man – a small island between Great Britain and Ireland – in 1941?


“After Kristallnacht in 1938, my father, Martin Kaczynski, 42, a milliner for ladies hats, was arrested and taken to Sachsenhausen concentration camp, Berlin,” said William Kaczynski, who was interned on the Isle of Man, in a recent interview with The Jewish Press.

“While he was imprisoned, my mother, Edith (nee Bach) Kaczynski gave birth to my younger brother, Edward on December 5, 1938. All Jewish doctors had been taken to concentration camps, and the Christian doctors didn’t want to help my mother because she was Jewish. Ultimately, my brother dropped on the floor after he came out and got a blood clot in his brain resulting in him being paralyzed.

In spite of this tragedy, my mother knew that my father’s release from the concentration camp depended upon her getting a visa for him to another country, so she applied to various hat factories in England looking for work for my father. Fortunately, she got a response from Bock and Engel in Rathborne Place, London. Once she got the permit, she obtained a visa from the British embassy in Berlin. The documents were then submitted to the Nazis, and my father was released in January 1939.”

By the time World War II started in 1939, approximately 73,000 German and Austrian Jewish (and political) refugees had immigrated to Great Britain.

“On July 15, 1939, six weeks before the war broke, out my family arrived in England. A Jewish refugee organization in Broomsbury House prearranged an apartment for us in Brixton. My father started work immediately.”

By September 28, 1939, the Aliens Department of the Home Office set up 120 tribunals to assess all 73,000 “enemy aliens” in the country over the age of 16. The tribunals completed their assessments by February 1940 and divided the population into three categories:

Category “B” – 6,700 doubtful cases: no immediate internment required but subject to travel and property restrictions; and

On May 10, 1940, Winston Churchill became prime minister and Germany invaded France, Belgium, and Holland. With the threat of a German invasion looming over Great Britain, Churchill believed some immigrants might be spies for the Nazis and/or fifth columnists. A month later, Britain’s Home Secretary, Sir John Anderson, ordered all German and Austrian refugees – and anyone holding an Axis power passport – to be interned. Police also rounded up an additional 27,000 German immigrants who had been living in Britain for decades.

“My father was arrested and transported to Huyton internment camp near Liverpool, where he was detained with 5,000 German and Austrian immigrants.”

Huyton was a council housing estate with half-finished houses and rubble all over the place. Other detention centers set up in Britain were hastily-converted abandoned factories, derelict mills, race course stables, prisons, and unfinished building sites lacking heat and plumbing. Some immigrants slept in tents on vacant land. All detention camps were surrounded by barbed wire and patrolled by military guards.

“In early 1940, my mother, brother and I were taken in a police van to a women’s police station. From there we were placed on a ferry with other detainees, including my father, and taken to the Isle of Man.”

A first group of 823 internees, comprising schoolboys and men in their early 20s and 30s, arrived on the Isle of Man on May 27, 1940. As they walked towards the camp escorted by guards, locals lining the streets threw stones at them and shouted, “Spies!” Jewish refugees shared their lodgings with Nazi spies.

“My father arrived in Onchan Camp, Douglas, north of the island, in June 1940. It consisted of 60 boarding houses. Double fences of barbed wire cordoned off the perimeter of these camps. Soldiers guarded the internees.”

The British set up internment camps at 11 different localities on the Isle of Man. They consisted of a number of private hotels and Victorian guest houses that were requisitioned by the British to accommodate 25,000 German and Austrian refugees and 4,000 Italians.

“My father and other Jews knew who the Nazi spies were amongst them and reported them to the British authorities. Spies spent the entire period of the war in the camp.”

Owners of the hotels were given 1-2 weeks’ notice to vacate them but were instructed to leave all furniture, bedding, linen, cutlery, crockery, and utensils behind. Government officials valuated the properties and paid the landlords just over £1 per person per week. The majority of owners were forced to find other accommodations and employment.

“My mother, brother, and I arrived on May 30, 1940 at the woman’s camp in The Bellaqueeney Hotel, Port St Mary, on the south side of the island.”

Upon arrival, the internees were taken to St. Catherine’s Church Hall to be registered and find out where they would be billeted. Afterwards, they were escorted to the guesthouses.

The landlords and hoteliers of the women’s camp made sure the women obeyed curfew times, switched gas and electricity on and off at set times, cooked meals, cleaned, and did laundry, among other tasks. Letters sent from interned husbands to their interned wives on the island took weeks to arrive because they had to pass through a postal censorship office in Liverpool.

During the day some of the men interned at the Isle of Man cooked, cleaned, and ordered food. Others catered to the outside community by cutting hair, making shoes out of recycled leather and cloth, repairing clothes, and constructing chicken coops. Intellectual refugees set up the Popular University, which taught 30 different courses including language, law, math, and science. Refugees also put on concerts and produced a newspaper, “The Onchan Pioneer.” Under the supervision of soldiers, some Jews also worked on farms.

“My mother, who used to be a famous opera singer in Berlin, was stopped from singing in 1934 by the Nazis because she was a Jew. In the camp, she gave singing lessons to earn some money. When my brother was 18 months old, he began to move his lame arm. In gratitude for this, my mother offered free singing lessons and posted a notice in the camp offering this service.”

Throughout the day, women would swim, organize theatre and poetry readings, knit, make gloves, type, and sew. Like the men, they, too, took educational courses in such subjects as history, literature, and art.

Schools opened in Rushen Camp at the Strand Café in Port Erin. Children had to travel to Port Erin under escort to attend classes.

“Kippers was the main diet supplied in the camp and was served for breakfast, lunch, and dinner along with other meat and dairy products.”

Orthodox Jews struggled to maintain a kosher diet and a kosher kitchen.

The first Jewish refugees to be released from the Isle of Man left after a public outcry in August 1940. Re-examinations of individual cases took place over time. The majority of refugees were cleared of being Nazi spies and returned to the UK. By the summer of 1942 only 5,000 internees were left in the camps. In 1945, the camps were closed.

“On March 25, 1941 we received a certificate from the commandant releasing my family from the Isle of Man. We were put on a ferry and then on a train to London. Once we arrived, we went to a different apartment in Finsbury Park.

“Immediately upon his return to England, my father started working for the same hat factory where he had previously been employed. At the end of the war, he left this company and started his own milliner’s business.”

“When I arrived back from the Isle of Man, I was five years old. I attended school until 16 years of age. Then my father recruited me to work in his hat factory. At 19 or 20, I was headhunted by one of the largest hat factories in the world called Jacoll Hats. I rose to the position of director of production making four and a half million hats a year.

“I got married in 1958 and remained married for 58 years. I have three daughters.”

In 2011, Kaczynski, who still lives in London, co-authored Fleeing from the Fuhrer. It has been translated into five languages and may soon be translated into a sixth, Hebrew. 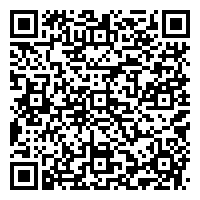