Seventy-nine years ago this week – June 30, 1940 – the Nazis invaded the Channel Islands, the only part of the British Isles to be occupied by Germany during World War II.

By the time of the invasion, only a handful of Jews (approximately 40) remained on this archipelago – whose main islands are Jersey, Guernsey, Alderney, and Sark – but approximately 10,000 other Jews were sent to labor and concentration camps on the islands over the course of the war. As many as 1,000 of them may have been killed.


After the Nazis invaded France on June 10, 1940, British Prime Minister Winston Churchill hastily withdrew all military personnel and equipment from the Channel Islands to England. Approximately 25,000 people left the islands for England while roughly 65,000 remained.

Soon after the Nazis occupied the Channel Islands in June 1940, they introduced German legislation throughout the islands, disconnected phone lines to England, affixed Nazi flags to buildings, ordered cars to drive on the right side of the road as per German custom, introduced German into schools, imposed curfews and restrictions on public gatherings, and confiscated radios, among other objects.

Later, the Nuremberg Laws were adopted and Jews were required to register with the police. In April 1942, three Jewish women of Polish and Austrian background living on Guernsey were handed over to the Nazis and sent to Auschwitz where they were killed.

“In September 1943, my father was summoned by the French police to be deported to Alderney,” said Albert Garih, who shared his father’s story with The Jewish Press. His father, Benjamin Garih, was born in 1903 in Constantinople, Turkey, and immigrated to Paris when he was 20. “He arrived at Camp Norderney on October 11, 1943.”

The Nazis treated inmates in Norderney and Sylt much worse than inmates elsewhere on the Channel Islands. The Nazis regularly subjected them to heavy physical labor, beatings, and starvation rations. Breakfast consisted of a cup of tea; lunch, a thin cabbage soup with one slice of bread; and dinner, cabbage soup with a piece of bread. Inmates slept on three-tiered wooden bunks covered with pallets of flea- and lice-infested straw.

The occupants of these camps were forced to build tunnels, air raid shelters, gun casements, hundreds of bunkers, armored turrets, and railway lines. Some of these were part of the “Atlantic Wall,” a series of coastal fortifications designed to withstand an Allied invasion of Europe.

“While interned in Alderney, my father was carrying a trough of cement on his head on a scaffolding when he stepped on a loose board. The board hit him on the head and he fell off a cliff. He lay on the ground at the base of the cliff with blood oozing from him. A couple of hours later, a soup truck found him and took him back to the camp. My father had permanent deep scars embedded on his scalp.”

The exact number of people killed in the Channel Islands’ camps is hard to know since many of the relevant records were destroyed. Conservative estimates run less than 1,000. A controversial 2017 article in the Daily Mail, however, put the number as high as 40,000-70,000 and argued that the Nazis in Alderney were actually constructing a secret launching site V1 missiles tipped with chemical warheads. Mainstream historians, however, slammed the article as inaccurate, dismissing its theories as nonsense.

In May 1945, the Channel Islands were liberated. (Garih’s father survived. He had been shipped by the Nazis to another camp in mid-1944 and was liberated in Belgium later that year.) 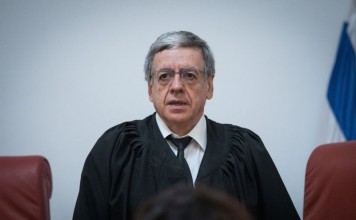 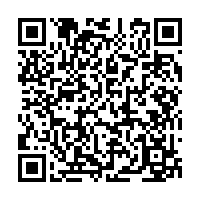