The Crusades loom large in the Jewish imagination – and for good reason. Several holy communities in Europe were destroyed and Jerusalem’s Jews were massacred. But the impact of the Crusades on Jewish life didn’t fade away with the last anguished cry, as we’ll discover in this two-part series.

It wasn’t the best of times, but it wasn’t the worst either. The world that Rashi, the famous medieval commentator, was born into was a world where the Jewish people, in exile from the Land of Israel, had already wandered from one land to another for almost a thousand years. Yet the Europe of Rashi’s youth wasn’t the Europe we think we know.


During Rashi’s lifetime (1040-1105) there were no ghettos where Jews were forced to live, although they did tend to live close to one another for convenience and safety. The first blood libel accusation on Western European soil, which occurred in Norwich, an English town, would take place only in 1144. The first Inquisition, which was directed against the Christian Cathars and not the Jews, occurred even later, in 1184. While Jews were barred from many professions, they were allowed to engage freely in trade and Jewish merchants dominated the international trade routes.

In return for enriching their noble patrons, eleventh-century Jews received the right to settle in certain communities and receive royal protection. That protection was a crucial part of the deal. It was a violent age and clashes between Jews and their Christian neighbors did occur, although the violence was just as often due to economic disputes as religious ones. Still, the times were stable enough for Jews to establish thriving centers of Torah learning in cities like Worms and Mainz and build the foundations of what would become known as Ashkenazic Jewry.

That tenuous status quo was shaken in 1095, when Pope Urban II called for a crusade to wrest control of Jerusalem and the Holy Land from the Muslims.

Many reasons are given for the Crusades, but most historians agree on one spark that lit the fire. In 1071 the Seljuk Turks defeated the Christian Byzantine army at the Battle of Manzikert. Eretz Yisrael was one of the prizes the Turks won. During the decades that followed, there were rumors that the Muslim Turks were attacking Christian pilgrims to the Holy Land and destroying Christian places of worship in Jerusalem.

Of course, this wasn’t the first time there were tensions between Muslims and Christians in that part of the world. So, what was different in the waning years of the eleventh century? Why did the Pope call for a holy war – and why was that call heeded?

For one thing, Europe’s population had been growing at a quick pace. Climate change, in the form of warmer weather, had led to longer growing seasons and better harvests. Trade was flourishing in the towns as well. But a severe drought in the autumn of 1095 wreaked havoc upon the fragile medieval economy and left many in dire financial straits. Meanwhile, the military victories over the Muslims on the Iberian Peninsula by the legendary Christian warrior El Cid, whose real name was Rodrigo Diaz de Vivar, was firing the imagination of an increasingly restless and discontented society – noblemen and peasants alike – who were looking for wealth and adventure.

The Church had its reasons too. In 1054, the Eastern Christian Church, which was centered in Byzantium (today’s Istanbul), split from the Roman Catholic Church based in Rome. With the Muslims becoming a growing menace in Turkey and the Balkans, the Eastern Church needed the help of Catholic Europe. Pope Urban II was happy to comply, in return for a reconciliation, with the Catholic Church back in charge of Christian Europe.

The First Crusade therefore had the potential to solve problems for both the Church and the nobility: by sending restless young men off to war in a distant land, Europe could conquer the Holy Land and replenish its coffers with booty from the East. The Church’s promise that whoever took part would be forgiven their sins and granted a special place in heaven sweetened the offer.

Instead of a well-trained professional army comprised of the nobility, as originally envisioned by Pope Urban II, the First Crusade turned into a mass movement where tens of thousands peasants “took the cross” and enlisted. As this mob made its way through France and the Rhineland during the spring of 1096, ahead of the official army, things quickly turned ugly.

The Middle Ages were a violent time, for everyone. Feudal lords were in a constant power struggle as they fought over titles and land. Capturing and ransoming an opponent was another popular pastime. Private quarrels between regular people would often be resolved by using violence as well. The Crusades, though, introduced a new element into the medieval code of war: religion. While a Christian really wasn’t supposed to murder another Christian, there was no such compunction when it came to infidels, which included Muslims and Jews.

In normal times, Jews could turn to their noble patrons for protection. But the sheer size of the Crusader army, which numbered somewhere between 60,000 to 100,000 in total, was a game changer; with several factions on the move, discipline was almost impossible to maintain, even if the military leaders had wanted to do so. Another problem was the rabble-rousing sermons of clergymen, such as the charismatic Peter the Hermit, who claimed he had been mistreated by the Turks while on an attempted pilgrimage to Jerusalem. Many other itinerant preachers joined the horde and used their oratory skills to inflame the mobs.

Peter would try to honor his commitments, mainly because he needed the Jews’ money to feed his army. But in addition to the French armies, German soldiers and peasants were gathering in the Rhine Valley. The Jewish community of Mainz, rightfully worried by these developments, sent a delegation to Emperor Henry IV, who dispatched orders to the nobility and church leaders of his realm, forbidding them to harm the Jews. As an additional precaution, the Jews of Cologne and Mainz each paid Godfrey of Bouillon, one of the leaders of the army, 500 pieces of silver. Godfrey, who had previously vowed to kill every Jew he encountered, accepted the gift and promised to leave the Jews in peace – a promise that he kept, but only in Europe.

But the Jews couldn’t bribe everyone.

The tragic events of the weeks between Pesach and Shavuos have become part of Jewish memory; we recall them every year during Sefiras HaOmer and on Tisha B’Av. On the 8th of Iyar a mob attacked the Jews of Speyer, killing 11 souls. One of the victims was a woman who refused the offer of conversion and chose to die al kiddush Hashem instead. Many would follow her example as the mobs swept from town to town.

The relatively small number of victims in Speyer was due to the quick action of the local bishop who gave the Jews shelter in his palace, which was protected by his own troops. The Jews paid for the privilege, but at least their lives had been saved. The Jews of Worms and Mainz weren’t so lucky.

The mob reached Worms on the 23rd of Iyar. That city’s bishop also opened his residence and the majority of the kehillah reached the safety of the palace walls in time. Those who remained in their homes were slaughtered. But as it turned out, the bishop’s protection was only a temporary reprieve. Eight days later the mob tore down the palace’s doors and murdered practically the entire community, some 800 souls. According to one source, the Jews were reciting Hallel for Rosh Chodesh Sivan when the massacre occurred.

In Worms, too, several Jews chose martyrdom rather than submit to the fury of the mob. One well-known resident of the city, Minna of Worms, sought shelter with some of her non-Jewish friends, who hid her in a cellar of a house located outside the city. Her friends pleaded with her to convert, but she chose to die al kiddush Hashem.

On the 3rd of Sivan, an army led by Count Emicho of Leiningen arrived at the gates of Mainz, one of the most important kehillos in medieval Europe. Emicho was yet another charismatic figure who tied his fortunes to the Crusades. Convinced that he had been chosen to be the world’s “Last Emperor,” in fulfillment of a Christian end-of-days prophecy, he managed to attract a motley crowd of noblemen and peasants to his army.

From behind the city’s locked gates, the Jews tried to negotiate with Emicho, offering him gold in exchange for their lives, an offer that he refused. Meanwhile, Archbishop Ruthard of Mainz offered the city’s Jews protection, for the price of 400 pieces of silver. When burghers sympathetic to the Crusaders opened the gates to Emicho’s army, the Archbishop’s troops fought back. But they were no match for the Crusaders and they fled. So did the Archbishop, leaving the Jews to face the Crusaders alone.

The slaughter of Mainz’s Jews was horrific, even by the standards of those times. At least 600 Jews – and possibly as many as 1,000 – were massacred over a two-day period. According to the author of Mainz Anonymous, Emicho was “… our chief persecutor. He had no mercy on the elderly, on young men and young women, on infants or sucklings, nor on the ill. He made the people of the Lord like dust to be trampled. Their young men he put to the sword, and their pregnant women he ripped open.”

According to chronicler Solomon bar Simson, many members of the community – when they heard the breaking of the bolts and doors by their would-be murderers – chose martyrdom rather than submit to the Crusaders’ swords. “The women slaughtered their sons and daughters, then themselves,” wrote bar Simson. “Many of the men too, slaughtered their wives, their sons and children. One man burnt down the synagogue to keep it from further desecration, then killed himself and his family.”

Disaster struck other cities as well. Cologne, Neuss, Trier, and Metz were the scenes of similar attacks, and there too the Jews took their own lives rather than be brutally slaughtered or subjected to forced conversion. In Regensburg that choice was denied them; the entire community was thrown into the Danube and forcibly baptized.

The Jews of Jerusalem also suffered a tragic fate. Although it took the Crusaders three years to reach Eretz Yisrael, their fury hadn’t abated. They gathered most of the Jews into the city’s central synagogue and set it on fire. The few who tried to escape the flames were caught and beheaded.

Estimates vary as to how many Jews were murdered and martyred. Some say it was a few thousand, others put the number at tens of thousands. Although the numbers pale in comparison to the Holocaust, and there were certainly many calamities in the centuries in between, the Crusades are still regarded as one of the great tragedies of the Jewish people. In Part II, we’ll explore why.

“How the Crusades Affected Medieval Jews in Europe and Palestine,” Joshua Levy, www.jewishlearning.com. 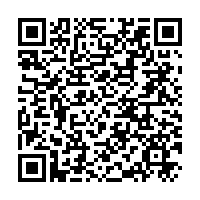