What is Frydlender up to? Barry Frydlender, the prominent Israeli photographer, is currently privileged with simultaneous exhibitions at the Tel Aviv Museum and the Museum of Modern Art in New York. His New York exhibition consists of a mere 10 works that examine various aspects of Israeli life today. We learn that each large-scale image is actually a laborious and seamless composite of hundreds of digital images taken minutes, hours or even days apart. Why go through the enormous subsequent effort of months of computer manipulation, piecing together countless images, to create large-scale artificial constructions that paradoxically also look like ordinary photographs of “real life?”

It seems that Frydlender’s work is questioning the very notion that photographs can actually capture some kind of visual reality. His work is a postmodern subversion of our idea of perceived reality. Human perception is far more complex than we might think. I would argue that the core of our daily experience is neither adequately captured by still photographs, those terribly fragile slices of the visual world, or by the moving image that almost always is lost in the rush of movement. But Frydlender attempts to solve this problem by combining the still image with an aspect of the moving image.

By combining “slices” that capture one singular reality with others taken at other moments in time he expands his composite image through time, allowing his static constructions to exist in multiple time fragments. His otherwise cumbersome method allows him the freedom to create a very personal view of a photographic illusion, even as he plays with the elusive notion of a photographic reality. His very methods destroy the notion that his images capture something real since they are totally his concoction. Or perhaps he is telling us that the only reality we can see in his works is to patiently seek out the artist’s particular vision. And of course, the irony is that they nonetheless look “real.”

With such a fascinating concept we should expect his images to challenge our otherwise pedestrian notion of perception and Israeli life in particular. Sometimes they do and sometimes they don’t.

Blessing. 2005, approximately five by 14 feet, is immediately impressive for its scale and subject of close to 80 Hasidim congregated in a park on Lag B’Omer. They stand in seemingly arbitrary groups, some around tables laden with pastry and drinks. A large sign provides the after-bracha for cake while the T’zvi Bakery boxes advertise they are open 24 hours. Moving across the image one is drawn into the emotions of individual small clusters, some cheerful, some serious and some simply engaged in conversation. Everything is in stop-motion, frozen in an unreal slice of time that, we know now, was many different slices of time. Whatever meaning this gathering may portend must be buried in the myriad details, and yet it remains elusive. Without a trace of narrative, this massive and complex image remains but a picturesque scene, a tourist image of religious men.

The Museum of Modern Art,

Acquired through the generosity of Jo Carole and Ronald S. Lauder

The motif of scenes of commonplace Israeli life is similarly followed in Friday. 2002. Here Erev Shabbos fast approaches, ignored by secular Israelis deeply involved in boy/girl watching. A persuasive aimlessness of an urban hangout negates the slightest whisper of narrative or real visual interest. Neither the youth or the city architecture or the visual patterns have enough compelling detail to sustain our interest in this image.

Frydlender’s approach picks up some passion once his view turns political. In Shirat Hayam. 2005 (6′ X 11′) he etches a bold arc of Israeli soldiers and police across the horizontal image of the beach dotted with six trailer homes and some 40-odd residents of Shirat Hayam who resisted being evicted from their homes in Gaza. His image is laced with many textual messages that reflect the settler’s point of view. An improvised banner asks, “Lamah, Why?” while another implores, “Don’t be a partner” and yet a third asks, “Who has the strength to fight with the King?”

Courtesy of the artist and Andrea Meislin Gallery, NY.

Alas, the tragedy of the event is undercut by Frydlender’s emphasis on the media-event nature of the confrontation. English labels appear on the backs of Israeli soldiers and police, photographers abound and the sunny day combines with a casual attitude of almost all participants implying that nothing of great import is happening. Still, Frydlender’s constructed image manages, through its bold composition, to convey drama and force.

Jaber Coffee Shop. 2003 shifts the focus to Palestinian society depicting 14 Arab men around three crowded tables silently playing cards in a coffee shop. There is nothing unusual in what they are doing, but their concentration and self-absorption slowly rivets the viewer in front of the almost life-size image. Subtly, the nine foot image presents a critique of Arab passivity, putting the entire image on edge with a tightly cropped profile of one man on the extreme left who stares across the many card players to another figure on the extreme right leaving the café. With enough patient examination of Frydlender’s images, meanings emerge.

One of the grimmest constructions, Raid. 2003 depicts a massive raid in a building on a grungy Israeli street. Some 35 security personnel, several in uniform, some in street clothes, all armed, are milling around or entering the target. We have no idea who or what they are after. Other security forces have stopped two motorbikes while some just observe the unfolding event. We see the scene from what might be a second floor window and upon close inspection notice that while everything looks photographically sharp, every face is just slightly blurred, every license plate obscured, anything that would identify the individuals is effaced. There are guns everywhere, tension fills the air and no one feels secure in what must be a daily occurrence in some parts of Israel.

Estates. 2005, almost four by eight feet, is easily the most impressive work in this exhibition. Seen from high above, the composition is majestically rooted in the cool blue, rectangular swimming pool of a hotel or luxury complex. Two lone swimmers enjoy the clear water while numerous empty lounge chairs await other guests seeking rest and relaxation. Meanwhile, the entire upper left of the image depicts another kind of rest, the eternal kind. An adjacent local cemetery dotted with palm trees and the large flat grave coverings typical of Israel, stretches into the adjoining city that borders on the ocean. The horizon stretches and curves just as our understanding of the juxtaposition Frydlender has presented crystallizes before us.

The more we examine the scene, the more it reverberates with portentous meanings. The play back and forth between the living (scarce as they are) and the plentiful dead, seems to center on the pool water’s transparency and the floating ethereal nature of the two swimmers, one of whom just touches the edge, about to return to the floating world. The world of the luxury pool (a kind of Gan Eden with potted plants and brilliant red foliage) is effectively walled off from the grim reality awaiting all who draw breath. Frydlender’s image continues to fascinate, even as we struggle to remember that this terribly real image is all constructed and we can’t help but ask, “but which parts are real?”

Suddenly we realize that the question is absurd, and the reality we see here is simply the photographer’s artificial construction. And that might just be what Frydlender is up to. 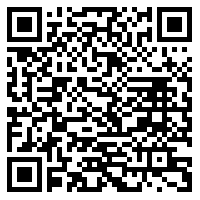