Home Magazine Archives Balancing A Simcha And A Crisis
Share on Facebook
Tweet on Twitter
(Names and situations altered)
Dealing with chronic illness when planning even the most joyous of occasions is very difficult, even when there is no crisis at the moment. It requires extra planning, specialized locations, and a gamut of extras that make your head spin.

Juggling tragedy and simcha, balancing those two conflicting emotions and still being able to function – is nothing short of remarkable. It is something most people do not have to deal with, but which “well spouses” are all too familiar with. Because this situation is foreign to most of us, it is difficult to know how to act.

Guests have the following dilemmas: Which emotion do you concentrate on, the simcha or the tragedy? How do you balance both? How do you express yourself in such a situation without offending or causing more pain?

Since everyone is different and has different ways of handling things, I’d suggest you listen to the person dealing with the conflicting emotions and take your cue from him/her. That’s what I learned when hearing the following story.

Risa’s daughter was getting married. The usual whirlwind that surrounds these occasions was in high gear. The clothes were in place, the hall and meals picked, the guest list finished, and the invitations sent out. Risa made sure the aisle was wider to accommodate the bride, herself and her husband and still have enough room for her husband’s labored wide walking stance and his cane when they accompanied their daughter to the chuppa. She made sure that the chuppa would be on ground level because her husband had difficulty with steps. The chairs were set up to offer maximum view to the guests because the chuppa was not elevated. A few days before the wedding, Risa’s husband had a heart attack. He was hospitalized and his prognosis was uncertain. The family had difficulty juggling the added and very different type of stress. Risa wanted her children to have a happy wedding day and not a sad one with a room full of long faces. She knew that if people came up to her and them with questions and concerns about her husband, they would not be able to handle it. It would not only set them all on an emotional roller coaster and force them to talk about things they were trying to hide from for a few hours, but it would cause them to break down and spend the time of the wedding in tears.

Risa decided the best way was to simply tell people exactly what she wanted. With her husband’s approval, she said the following at the wedding.

“My husband has asked that the happiness of this special day not be diminished by his absence. He is celebrating with us and will feel much better knowing that we are making this day special for the bride and groom. He has asked us not to discuss his condition tonight, but focus instead on the celebration and make this day as special as it should be.”

Now, Risa thought, if people chose to act otherwise, she could simply say that this was not the appropriate time. And that is exactly what happened.

A woman approached Risa at the wedding and began to tell just how she needed to handle what was happening to her husband. The guest began to make it very clear which doctors to involve, how to adjust Risa’s husband’s schedule, etc.

Before she got very far, Risa said, “This is not the appropriate time.” The woman respond, “I know, but I need to tell you this.” Risa repeated her sentence, as did the woman. On the third time around, when Risa told her guest, yet again, that her timing was inappropriate without compliance, Risa simply said, “excuse me” and walked away. She could not understand why someone would insist on having a conversation she didn’t want to have.

Risa felt fine about walking away as she had been very specific in her request. She had thought this out and knew what she needed to do and told her guests how she wanted them to act. She would not subject herself to anyone who refused to listen.

A week later, Risa discovered that her guest was calling her an uncaring wife as she refused to listen to the woman’s advice at the wedding. Risa felt it wasn’t she who was the one refusing to listen.

We may mean well when we offer advice, but the time and place may not be right. We do not know better than the people we are trying to advise what their needs are at the moment. If they are specific about what they want, we need to listen. If we plow ahead with our own agenda and try to override theirs, not only is our ego getting in the way of caring and common sense, but do we really think others are listening at that moment?

Timing is everything. The advice that is always heard (even if it is not followed) is the advice we are asked for. Unsolicited advice may have a chance of being heard. But advice that is presented in direct opposition to what was requested is never heard and just upsets and angers people. Take your cue from the person you want to help, and just listen to what they tell you they want.
Advertisement 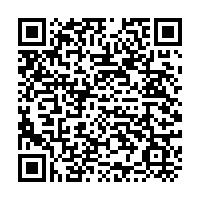