Home Magazine On Our Own/Cheryl Kupfer My Kid – My Hashkafot
Share on Facebook
Tweet on Twitter
Every August thousands of children ages 17-19  leave the only home they have known, the community they grew up in, the neighborhood they are familiar with – even the country of their birth, and fly thousands of miles to a new and relatively strange environment where they will remain for a year. They are off to Eretz Yisrael for Shanah Alef.

I call them “children” because they have yet to attain the emotional and spiritual maturity that will earn them the label of “young adults.” It is with this outcome in mind that their families – often with great pride, trepidation and mesirat nefesh – both financial and emotional send them far away to yeshivot and seminaries for a year, hoping that their sons and daughters will return as sensible and competent young men and women, ready and able to take on the new milestones and responsibilities of young adulthood – college, careers and marriage.

Far away from home, their rabbeim and mechanchot become their surrogate parents, mentors and counselors. It is a sobering responsibility that they take on – for their young charges are impressionable and easily influenced.

And herein lies a huge problem that has caused strained relationships, much heartache, aggravation, stress, anger, and sometimes, irreparable damage,  between parent and child.

For while the rabbeim and mechanchot may truly have their students’ best interests at heart – the students are not their sons and daughter and they are not their parents – and some have overstepped these boundaries and ignored the hashkafot and goals of their students’ parents and replaced them with their own.

As a result many young people are returning home to North America from their year in Israel, refusing to follow the path their parents expected them to follow. Boys who were headed to college and post-graduate school to become professionals are insisting they learn full-time – with the expectation of years of support when they marry. They want to go back for Shanah Bet, Gimmel and Daled

The girls, for the most part, do go to college as planned, but refuse to date any boy who is plans to work –  “earners”  – for they will only marry “learners,”  whom they hope to support, or co-support with the help of their parents/in-laws.

I have several friends who have told me that the children who returned home do not resemble the ones they sent away. Many have been unduly influenced by their teachers to adopt hashkafot that are way to the “right” of their parents. The teachers, no doubt, have done so with the best of intentions, truly believing that college or working in a secular occupation – as opposed to learning full-time, or at the very least being Klei Kodesh – i.e.  a sofer, is not in the child’s best interest. (Nor is being married to a boy who does not learn full-time.)

If this is what the parents hoped for, when they sent their child to yeshiva/seminary in Israel, then kol ha’kavod to these rebbeim and mechanchot. But if this is a lifestyle that the parents did not envision for the child, if they sent their son to grow in Torah, midot and menschlichkeit so that would know how to learn during their free time – then the teachers have wrongly usurped parental authority and in doing so, have grievously undermined many a family’s shalom bayit.

I heard a horror story how a rebbi once called a parent and chastised her for refusing to accommodate her son’s request to postpone college and allow him to stay for Shanah Bet. The rebbi went so far as to tell her that she was being selfish and controlling. Instead of supporting this woman’s wishes for her child – and encouraging kibbud av v’em, he caused a rift between the two and feelings of resentment and bitterness that took time to heal. While I feel this was an extreme incident, there are many other similar, albeit, less blatant, cases of teachers or school administrations crossing the line and taking it upon themselves to decide what is best for their students.

It is incumbent on them to respect and uphold the parents’ goals for their child. Even when the child comes to his/her own conclusions of what he/she wants to do, the teacher should support the parents’ position. After all, obeying/respecting one’s parents is the foundation of Yiddishkeit and Torah values.

Beside, how well do the teachers know their students? They may think they do – but can they truly ascertain the mental/emotional composition of a teenager in a few short months, who is one of many in the school? Do they really have accurate insight as to the student’s true mettle?

For as much as a full-time learning lifestyle is very commendable – not every one is cut out to be a learner or the wife of one – no matter how much a teacher or parent – as the case may be – wants him/her to be. Just like not everyone can be a portrait painter or a nuclear physicist – no matter how hard they try, no matter how many years they practice and study – not every bachur is wired to be a learner. Nor is every girl suited for a materialistically-modest lifestyle, one in which there is much sacrifice. Not every girl has the mental and emotional fortitude of Rochel, the wife of Rabbi Akiva. It is one thing to romanticize that lifestyle – it is other to actually live it.

Putting stripes on a horse does not turn it into a zebra.

It is a great disservice to undermine the goals of parents, to an impressionable student, and steer him/her down a path he /she is totally unsuited for. One that, down the road, they may deeply regret.

As a rule, conscientious parents know what is best for their children The teachers’ mandate is to become the “long arm” of their students’ parents – it is not to mold them into their version of what they think they should be – no matter how pure their motives. 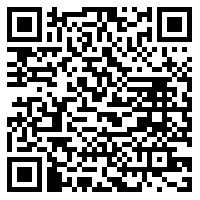