In my previous column I wrote about the growing phenomenon in the western world of couples opting out of having children. An increasing number of fertile women and men are deliberately choosing to be childless. While their reasons may vary, and could be viewed as being selfish or immature, I do applaud their decision to “stick to their guns” and not give in to the grinding pressure they undoubtedly are subjected to by their families and society at large to produce children. Thus they will not have offspring they do not want, who very possibly, would have been at risk for being physically, verbally or emotionally abused by their resentful or emotionally distant parents.

Our community has a very different mindset – we live to have children. Each child is considered a bracha – a priceless commodity to cherish and nurture.

Thus, it cannot be over-emphasized that everybody and anybody involved in the shidduch parsha – parents; shadchanim; references; roshei yeshiva; teachers; co-workers; neighbors – has a moral obligation to ensure, to the best of their ability and awareness, that the boy or girl being set up are emotionally and mentally sound enough to be competent and loving mothers and fathers.

I remember being privy to a conversation during which a young wife mentioned her husband’s friend who had gotten divorced a few months into his marriage. His wife was crazy he insisted – he had to get away from her. Tragically, she had been expecting and now he had a child he would never know as he had cut off any connection with his ex-wife.

I couldn’t help feel horrified at the thought that if his perception of his ex-wife was true – that she was mentally ill – then this child had been dealt two destructive blows: no father, and being raised by an emotionally unstable mother.

The fact that this man would walk away from his child speaks volumes in terms of how “normal” he is – but the fact remains that this child is likely to have mental health issues being raised by a “crazy” mother.

We all know the kids who are growing up in a mentally unhealthy environment. Often, they are the outsiders in school – the ones their classmates avoid. No one wants a play date with an “oddball” or someone who keeps to him/herself, or who never invites back. I remember several of my sons’ classmates’ mothers – some constantly yelled at and belittled their child, others were super controlling, not letting their child speak but answering questions directed to their son. Others were “nice” but once you befriended them, they would want your company all the time, calling dozens of times a day to get together.

Often friendships were undermined by a parent’s distorted perception of reality. A mother I know would scold her son’s playmates if she felt they didn’t pass the ball often enough to him. Didn’t they like him? Was he not good enough to catch the ball, she would shout from the porch as she watched them play? This child grew up to be socially isolated and inept because of unrealistic expectations.

Sadly, due to circumstances out of their control, there are hapless people with what are called personality disorders. While doing some research, I came across a fascinating website called “out of the FOG.” (outofthefog.net)

Out of the FOG is “an information site and support group offering help to family members and loved-ones of people who suffer from personality disorders… Personality Disorders negatively affect the quality of life not only of the people who suffer from them, but also their family members, spouses, partners, friends, colleagues and acquaintances…The acronym FOG stands for Fear, Obligation & Guilt – feelings that often result from being in a relationship with a person who suffers from a Personality Disorder.”

A statistic posted by Out of the Fog, states that about 75% of people with personality disorders were in some way abused as children. 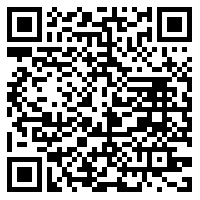