The epidemic of bullying, and the often devastating effects on its hapless targets, whether in school, place of employment or on social media has, deservedly so, become a widespread topic of discussion. More “ink” has been used on this subject in the last year than in the last ten years combined.

While the topic of external bullying and its often harmful, even tragic consequences, is getting a great deal of media coverage, a form of bullying that hasn’t gotten much mention is what we call self-directed or internal bullying. It is the self-denigration, belittling, and negativity that a person dishes on him/herself, fueled by impaired self-esteem and chronic self-doubt.


Internal bullying is a private version of lashon harah, which doesn’t just refer to gossip; it is literally “bad or negative language,” words of defeat, uncertainty and self-flagellation.

Just about every human being, except full-blown narcissists, self-bullies at some point. There is an inner voice that tells him or her not to bother even taking the risk because it will result in failure. We find an example of this crippling lack of self-belief and confidence, surprisingly, with Queen Esther.

King Ahashverus, the most powerful man in the world, was presented with hundreds of exquisite young women, and chose Esther to be his consort – yet she doubted and minimized her value. Her uncle Mordechai asked her to approach the king and request that he void his decree regarding the annihilation of world Jewry. Her immediate reaction was to decline, pointing out to Mordechai that men and women who enter the king’s courtyard uninvited risked being put to death. She self-bullied by telling herself that, she, the chosen queen, was on the same level as a Jane Doe who came knocking on the palace door.  Perhaps she felt she was not worthy of saving the Jewish people, that she was an orphan and nothing special, hence she likely would not succeed, so why even take the chance.

Her polar opposite was the shepherd boy David, who merited becoming king of Israel and the forefather of Moshiach.

This son of Yishai, who took care of his father’s sheep and was an outcast at home, did not let his youth, inexperience and his modest station undermine his self-esteem. David could have easily doubted his decision to take on the ferocious warrior Goliath, yet he did not. Instead of backing out and running away, he calmly picked up a rock, put it in his sling shot, assessed his enemy, and hurled the rock towards the giant’s forehead, the only vulnerable spot on this heavily armored colossus – and felled him.

David self-directed lashon tov – a positive self-image, truly believing that, “Yes. I can do this – and I will succeed.”  This confidence, this positivity was an expression of undiluted, total bitachon that Hashem was with him and would protect him.  One can, therefore, conclude that chronic internal bullying, believing you are inept or worthless, reveals a lack of emunah, as if to say Hashem made a mistake, for I am flawed and inferior.

David did not let the chronic disparagement and lack of respect he likely experienced growing up negatively impact his bitachon that he was made in Hashem’s image, and hence was valuable.

In Samuel 1, chapter 17, we learn that David is sent by his father to bring food to his brothers who are soldiers in King Saul’s army. Upon hearing David ask what the reward would be for killing Goliath, his eldest brother Eliav expresses his disgust towards his youngest brother. “Why are you coming down, and with whom have you left those few sheep in the wilderness? I know your presumptuousness, and the naughtiness of your heart, for you came down that you might see the battle.”

Reading between the lines, we see that Eliav is basically calling his brother a liar, saying that he did not come as instructed by their father to bring them food, but that he was playing “hooky” from his “job” to see the fight. His use of the words, “few sheep” implies that David is so inept and irresponsible that he is given only a meager flock to look after. Eliav also questions who David left the sheep with, implying that he just took off, leaving the hapless sheep to fend for themselves.

Yet David had the self-belief to take on the impossible.

Conversely, Queen Esther, related to the house of King Saul, who was in a less threatening environment as the wife of the king, doubted her ability to survive if she approached him uninvited. Arguably, her fear may have been rooted in the fact that her husband had a track record of killing a wife (Vashti) who annoyed him; nonetheless, compared to David’s situation, she was in a much better place.

Moshe Rabbeinu also lacked internal confidence, telling Hashem that he had a speech impediment and was not the right person to approach Pharaoh. Perhaps that is the point of Moshe being chosen – to impart the message that in order to accomplish amazing things, you don’t have to be smart, beautiful wealthy, or talented. You can have a handicap, and be far from perfect, and still successfully take on seemingly insurmountable challenges and rise to the top.

One need only look at Rabi Akiva, one of the greatest sages of the Jewish people. He was literally an ahm ha’aretz who could not read or write and came from a family with no background or money. He could have very easily told himself that there was no way he could learn aleph bet as a middle aged man. He could have resigned himself to his reality, and self-bullied, saying, ”Seriously, you want to start learning to read now?  You will never amount to anything except taking care of animals. As for making a good shidduch… dream on.”

I want to clarify that there is a big difference between being annoyed at yourself and berating yourself occasionally and believing you have no value, or are less than your peers. When you specifically go shopping to buy eggs, and come home with bags full of groceries, but forgot to buy eggs, and think, “I am such a dummy,” that is not self-directed bullying. You are exasperated with yourself, but it’s not a self-esteem issue.  When you bully yourself, you consciously – and unconsciously – make choices that reflect a belief that you are inferior.

I wonder how many men and women dated and then married a person who was not even close to right for them out of a fear that no one else would be interested in them.  “This is my only chance, I better grab him/her.”

Often, it is the parents who are the ones who have relentlessly browbeaten their child into believing that he/she is a “nobody, and won’t amount to anything.” These negative messages envelope the child’s self- image and negatively influences his or her choices.  Why parents would emotionally undermine their child’s psyche is beyond the scope of my knowledge, as I am not a psychologist or therapist. My own theory, however, based on my own observations, is that these parents themselves feel that they are nobodies, hence by projection, their child is.

David shielded himself from likely long-term verbal and emotional abuse with his bitachon that he was connected to Hashem, and hence was of value.  This enabled him to take on a difficult challenge. It is a lesson we should all internalize as well. 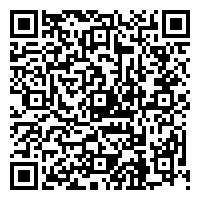